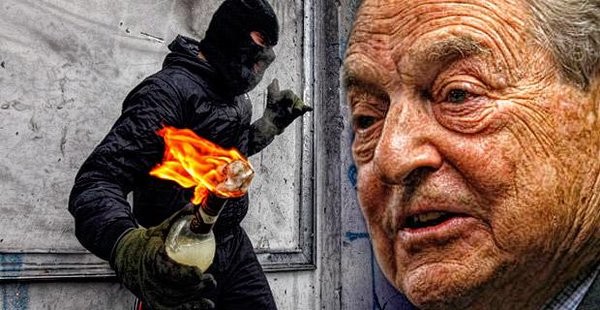 George Soros’s Open Society Institute will no longer be welcome in Russia. The Russian Prosecutor General’s Office has banned Russian citizens and organizations from taking part in activities promoted by the Institute, as well as one other affiliated organization.

Soros’s foundations were involved in several major revolutions, and most recently they had played a role in Ukraine‘s ousting of a democratically-elected president, according to leaked documents and as admitted by Soros himself in a CNN interview:

“Well, I set up a foundation in Ukraine before Ukraine became independent of Russia. And the foundation has been functioning ever since and played an important part in events now.”  Soros has invested some 100 million USD in Ukraine’s foundations, and he has been known to always profit from his “investments”.

His actions in Ukraine had, by his own admission, been geared towards turning it against Russia.

Soros had openly claimed credit for many other “color” revolutions, and had funded the “Bulldozer Revolution” in Serbia and  the “Rose Revolution” in Georgia- revolutions which have ended in poorer circumstances for those involved.

The two groups would be added to Russia’s list of “undesirable foreign organizations”.

The move comes in the wake of a probe into the activities of the Soros foundations in July when Russian senators had approved a “patriotic stop-list” against 12 groups which were allegedly engaged in anti-Russian activities.

The Russian Justice Ministry found that US NGOs had spent millions of dollars in order to question the legitimacy of Russian elections.

Soros had at one point claimed that “the E.U. is under threat from Russia…”. He also stated that “I [Soros] think Angela Merkel has proven herself to be a true European stateswoman in recognizing the danger that Putin represents.”

Violation of the ban would result in the fining of Russian citizens or even prison terms for repeated or “aggravated” offences.

Although Soros organisations have a track-record of sowing discontent, it is unknown if these measures taken by Russia will extend to other organisations that point out real problems with their system. Regardless, it seems Soros’s plans for Russia have just been postponed indefinitely.

Soros Helped Fund Domestic Protests, And Why You Should Be VERY Worried – Part 1: FERGUSON

Soros Helped Fund Domestic Protests, And Why You Should Be VERY Worried – Part 2: Ukraine & Libya

Soros Helped Fund Domestic Protests, And Why You Should Be VERY Worried – Part 3: Serbia & Georgia

Soros Helped Fund Domestic Protests, And Why You Should Be VERY Worried, Part 4

This Article (“Threat To Russian National Security”: Russia Bans Soros Foundation) is free and open source. You have permission to republish this article under a Creative Commons license with attribution to the author(CoNN) and AnonHQ.com.