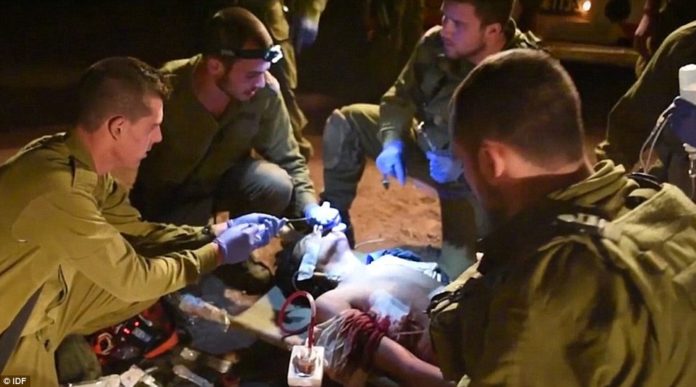 Want to know the truth about the war in Syria? If you do, all you need to do is follow the money… or in this case, the sticky trail of black gold- a point we’ve made before, following a different story with different players.

We start at Genie Energy, an innocuous-sounding name that you’ve probably never heard of. Despite its humble reputation, its star-studded Strategic Advisory Board more than make up for its… lack of visibility.

Here you will find the likes of Dick Cheney (key proponent of Iraq war because of invisible nukes, made CEO of Halliburton which had been awarded enormous no-bid contracts for oil-related “services” in Iraq);

James Woolsey (who is a former CIA director, and had suggested within hours of Sept 11th that Iraq was involved);

Larry Summers (former head of the US treasury, the man who helped repeal Glass-Steagall, a primary cause of the financial crisis of 2008 in the US, and had also helped eliminate similar regulations that kept banks all over the world from speculating on unsafe “investments”.) and…

Jacob Rothschild ( member of the Rothschild banking family, worth a cool 5 billion dollars on his own… part of a whopping 350 billion to 1 trillion dollar family fortune that has been shrouded with secrecy. The family is known historically for influencing all manner of world events- for their own profit).

Michael Steinhardt ( literally the “world’s greatest trader” according to Forbes- he pioneered the concept of hedge funds).

You literally have a spy-agency head, media mogul, former vice president and war monger for oil, head of the treasury, the best trader in the world, and a Rothschild central banker all working together- their respective arenas of expertise alone, not even mentioning their backstories, makes them a formidable A-team of movers and shakers. Many of them also own minority interests in Genie.

Now that you know the cast, it’s time to move on to a bit of context.

A few months back Genie confirmed that it had found significant quantities of oil in the Golan Heights- a BILLION barrels worth of it, on one of the most disputed pieces of territory in the world.

The Golan Heights was annexed by Israel from… surprise, surprise… Syria, all the way back in 1981.

More than a source of oil, it is a strategic location which extends like a finger between the borders of Lebanon, Jordan, Israel and Syria.

Israel’s new-found acquisition in the Golan Heights would also enable it to become energy independent- where it had been previously beholden to Muslim countries which it has waged war against.

The land is not internationally recognized as being a part of Israel, and Syria (which is technically still at war with Israel due to the signing of an armistice between the two nations) wanted the Golan Heights back before it would be a party to peace negotiations.

Talk of peace ended in 2009 when Binyamin Netanyahu was elected. He took a hard-line stance against Syria , and the 2011 Syrian civil war would put an end to any need for peace talks… as well as any resistance to Israeli actions in the Golan Heights.

Indeed, Netanyahu has gone as far as to suggest that the chaos in Syria allows it to legally seize ownership of the land– and it has been working for decades towards that end; Haaretz, an Israeli paper, conducted an investigation which revealed that Syrians who lived in the Golan Heights were being oppressed and forced out to make way for Israeli settlers. Syrians who returned were called “infiltrators” and barred from entry.

In November of 2015, Netanyahu called upon the US to formally recognize the Golan Heights as part of Israel, but the American government has thus far refused to accede to his request.

While Israel has thus far been able to survey the Golan Heights for oil, actually building infrastructure on the land would prove problematic- should Syria regain a legitimate government (Assad or otherwise) it could lose all of its expensive oil rigs, the strategic position of the Golan Heights itself, as well as its claim on the oil.

Making certain that Syria continues on its current trajectory would prove to be advantageous, and explains Israel’s “humanitarian” approach to helping ISIS extremists– such efforts are clearly to the detriment of the Israeli People, and thus a boon only to those who stand to benefit from the extraction of Golan Heights oil.

It would also explain why Israel, the US and Saudi Arabia planned to overthrow Assad in 2006, according to  Wikileaks cables.

If you wish to understand Saudi Arabia, Europe America, Russia and Turkey’s motivation, check out The Real Reason Nearly Everyone Is In Syria. (Spoilers: it mostly has to do with oil too).

This Article (The REAL Reason Why Israel Is Backing Extremists Like ISIS) is free and open source. You have permission to republish this article under a Creative Commons license with attribution to the author(CoNN) and AnonHQ.com.