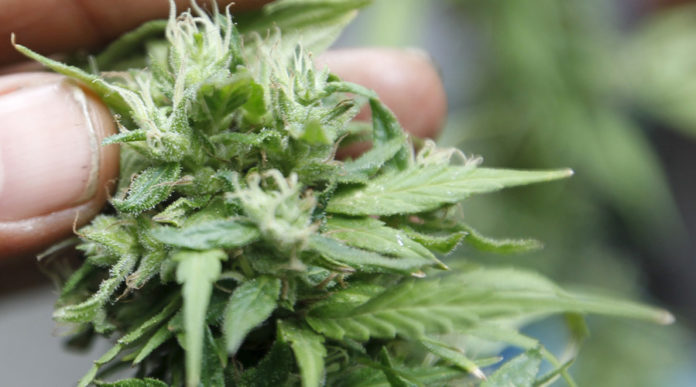 The Oklevueha Native American Church is currently awaiting the news if charges will be laid or not, after a raid of the premises saw cannabis seized. The attorney for the church, Matthew Pappas, said the Church was in the midst of a process to turn their location in Costa Mesa into a branch of one of its nationwide 200 chapters.

LA Times was told by an officer who had taken part in the raid that “there was no indication that it was acting as anything other than a marijuana dispensary,” disputing religious and ceremonial claims of cannabis and peyote use. Further to the argument, Tony Dodero, a city spokesman told that police had seized $6000 in cash and had discovered two large safes containing cannabis.


It isn’t yet known if charges will be brought against those arrested during the raid and seizure of the church, founded by James Mooney. Similarly, in 2000 a Utah branch ran by Mooney say him convicted of “possessing and distributing peyote.” The charges were later reversed by the state’s Supreme Court, when it was stated he was exempt because Mooney used “peyote in bona fide religious ceremonies.”

Last November, the church also filed a federal lawsuit against Sonoma County, claiming a breach and violation of religious rights had been executed after a raid had seen marijuana plants destroyed.

Mooney’s attorney maintains that the raid was unjustified, claiming they are not a dispensary, but a Native American church. Costa Mesa police officials conducting the search have said that the “strip-mall storefront” suggested nothing of the sort.

This Article (Native American Church claims Cannabis and Peyote used for Ceremonies during Police Raid) is a free and open source. You have permission to republish this article under a Creative Commons license with attribution to the author AnonWatcher and AnonHQ.com.