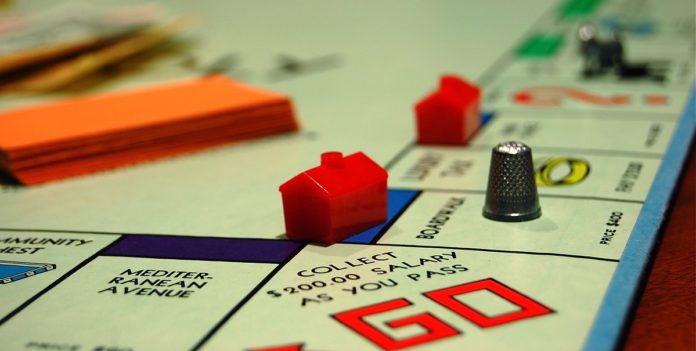 Patents are governmental grants that legally establish the sole rights of an invention. In modern times, patents on technological advancements are resulting in some dangerous, arguably sinister, consequences on our society, namely the stifling of innovation in the small business landscape and the outright litigious bullying of entrepreneurs who, more often than not, simply cannot compete in court with giant corporations because of the exorbitant legal costs. The EFF, Electronic Frontier Foundation, says the situation is so dire they’ve launched an entire campaign, called Patent Fail: In Defense of Innovation, devoted to drawing attention to reforming the broken patent system.

In light of this, I’ve put together what I think are the 5 most damaging, most culturally regressive, sinister tech patents in the world today.

To highlight how ridiculous technological patents have become, in 2014 Amazon was granted patent number 8,676,045 for taking photos on a white background. Popular comedian and satirist Stephen Colbert explains the situation with his trademark tongue-in-cheek humor: “Amazon now has legal ownership of the idea of displaying a thing.” Explained in a more technical lexicon, CNET says that “Amazon won a patent for a particular arrangement of photography equipment that isolates the subject in front of a white background.”

Photographers maintain this is actually a decades old idea that has evolved and should not be owned solely by Amazon; the danger, of course, is that Amazon can now sue for infringement anytime someone takes photos in the manner described in the patent.

Yahoo Inc. owns many patents, ten of which the company famously claimed were infringed upon by none other than Facebook. One of these patents is for “managing a view of a social network user’s personal information.” Another is for the process that websites use in order to customize their news feeds. These two vague patents basically describe “Facebook’s entire social network model” as entirely based on Yahoo’s patented ideas about social networking.

Why target just Yahoo on this? Their company’s patents are particularly nefarious because they literally describe any sort of activity feed. If enforced by a court of law—which, so far, has actually been siding more with Facebook–this monopoly would clearly stifle future innovation regarding virtually any kind of online social media.

Apple has so many patents that the company exclusively owns the rights to flipping virtual pages by swiping the hand across the screen. This is the electronic version of turning the page of a book—and Apple owns it. They even own the patent for the touch-screen interface itself. More importantly, Apple is able to use their hundreds of patents to intimidate and stomp out any competition. Apple and its biggest competitor, Samsung, embarked on a billion dollar legal war over similar Smartphones…and the winner was Apple. However, we’ve likely only seen the opening skirmishes of the Patent Wars between tech goliaths.

When you have a patent on altering the Earth’s atmosphere, the possibilities for villainy are near endless. According to US Patent #4,686,605, Eastlund currently owns the patent on the “method and apparatus for altering a region in the earth’s atmosphere, ionosphere, and/or magnetosphere.” Basically, the company has the right to zap and boil the atmosphere with the intent to improve our communications, but also reserves the right to “exploit the ionosphere for Department of Defense purposes.”

Perhaps the purpose really is to improve our communications. However, some evidence suggests the facility is being used to test the effects of electromagnetic signals on the mind, as well as geoengineering and weather modifying technology. Bottom line is, it’s hard to imagine a patent used to experiment with solar radiation in the atmosphere as innocuous, especially when the Department of Defense is involved.

If you believed a patent on experimenting with the Earth’s atmosphere was the most evil, you should be flabbergasted by a patent which potentially gives one company control over the planet’s entire agricultural food supply. By far, the most evil technological patent is held by Monsanto. This company holds 674 patents and has also bought out more than 200 companies leading to a monopoly on access to seeds. Virtually any farmer can be considered infringing on the patent: if GMO supplied farmers replant last season’s seeds, it is infringement; if some unauthorized GMO seeds naturally blow with the wind and grow on a natural farmer’s land, this is also infringement.

This stranglehold over the very natural resources of the land has caused farmers to begin committing suicide in mass numbers. Incredibly and tragically, it is estimated that every thirty minutes an Indian farmer commits suicide (17,638 deaths since 2009) because of the financial devastation wrought by Monsanto’s seed monopoly. And, of course, this isn’t even touching upon the danger GMOs present to our natural ecosystems and the much-debated potential effects on our own bodies.

These sinister technological patents are having some pretty serious consequences on our global society. From the stifling of innovation in the “free market” to monopolizing our food supply, it is obvious that patents on technology are getting out of control, which is all the more reason to pay heed to the aforementioned work of the EFF. Are there any patents that we missed that you are concerned with?

This article is free and open source. You have permission to republish this article under a Creative Commons license with attribution to the author and TheAntiMedia.org. Tune in to the Anti-Media radio show Monday through Friday @ 11pm Eastern/8pm Pacific. Image credit: Rich Brooks/Flickr. Help us fix our typos: [email protected].