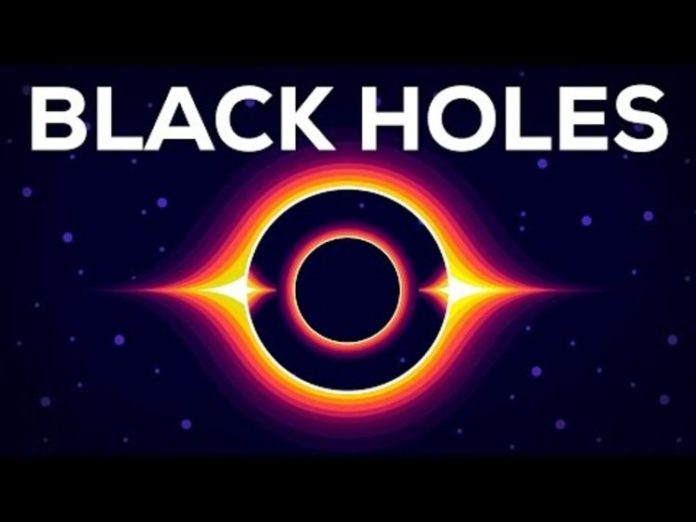 Recently, the National Aeronautics and Space Administration (NASA) of the United States said it is unable to rule out possible alien life in the universe. This announcement followed the agency’s discovery of methane gas on Mars from new data analyzed. According to NASA researchers, the methane gas may have been produced by bacteria on Mars. Most methane on Earth is produced as a waste gas by living organisms. Researchers from the University of Valencia in Spain have announced in a new study that black holes are doors to another world in the universe. Black holes are regions of space-time exhibiting such strong gravitational effects that nothing—not even particles and electromagnetic radiation, such as light— can escape from inside them.

The German-born Theoretical Physicist, Albert Einstein, is credited to have first predicted black holes in 1916, with his general theory of relativity. The theory predicted that a sufficiently compact mass can deform space-time to form a black hole. The term “black hole” is said to have been coined in 1967 by the American Astronomer and Physicist, John Wheeler. He too, is also credited in discovering the first black hole in 1971.

The study has been accepted for publication in the journal Classical and Quantum Gravity. The study rejects the view of the centre of a black hole possessing space-time curves to an infinite point known as a “singularity” where all matter is destroyed.  Previously, researchers have held the opinion that all matter inside a black hole is destroyed, making it absolutely impossible for something to pass through it. But this new study suggests that the holes could act as a doorway or a tunnel. The researchers explain that anyone who manages to get through one of these mysterious doors would end up “spaghettified,” and stretched out like a long strand of pasta. The person would, therefore, get squished back down to size once the person reached the other side. This process would obviously kill the person, upon reaching the ‘new world’. Researchers had already predicted that black holes are places where matter has been squashed to such a density by gravity that the normal laws of physics break down. The researchers propose a new theory from their study that the heart of the simplest type of electrically charged, non-rotating black hole is a very small spherical surface. This acts as a “wormhole” – a doorway or tunnel through the fabric of space-time – of the kind seen in countless science-fiction books and movies. For example, in the movie Interstellar, a team of astronauts travel through a wormhole in search of a new home for humanity. The wormhole theorized by researchers’ equations is smaller than an atomic nucleus, but gets bigger as more electrical charge is stored in the black hole. A hypothetical traveller entering the black hole could be stretched thin enough to fit through the wormhole, like a strand of cotton threaded through the eye of a needle.

“Our theory naturally resolves several problems in the interpretation of electrically-charged black holes. In the first instance, we resolve the problem of the singularity, since there is a door at the centre of the black hole, the wormhole, through which space and time can continue,” the Independent quoted a member of the research team, Dr Gonzalo Olmo, as saying when discussing the study.

The theory also suggests there is the need for “exotic” energy or matter to create a wormhole. According to Einstein’s theory of gravity, a wormhole can only appear in the presence of matter with highly unusual properties, possessing negative energy, pressure or density. However, such “exotic matter” has never been observed.

Dr Olmo added: “In our theory, the wormhole appears out of ordinary matter and energy, such as an electric field.”

This article (Alien World? Researchers Propose Black Holes are ‘Doors’ to Another World) is a free and open source. You have permission to republish this article under a Creative Commons license with attribution to the author and AnonHQ.com