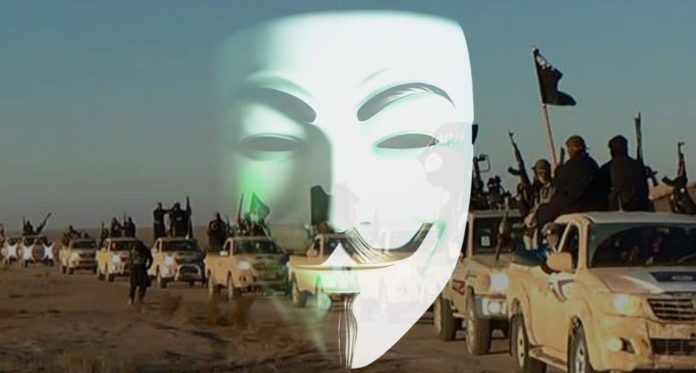 In response to the attacks in Paris that left over a hundred people dead, a group of online hacktivists has launched its biggest operation ever against ISIS. In a chilling video posted soon after the attacks, a man wearing a Guy Fawkes mask warns the Islamic State militants that the group would use its knowledge to “unite humanity” and that the ISIS can “expect us”.

The Anonymous representative addressed the world in French and said:

“These attacks cannot remain unpunished. Anonymous from all over the world will hunt you down. You should know that we will find you and we will not let you go. We will launch the biggest operation ever against you. Expect massive cyber attacks. War is declared. Get prepared.  The French people are stronger than you and will come out of this atrocity even stronger.”

#BinarySec#OpISIS. Watch every one of your propaganda sites disappear ISIS… When we are done with you there will be nothing left.

The hackers’ collective, which consists of unrelated volunteers, coders and activists from around the world, launched its anti-Islamic State online campaign, #OpISIS, after the Charlie Hebdo massacre in Paris this January. To date, according to an in-depth investigation by Foreign Policy, they have taken down 149 Islamic State-related websites and exposed 101,000 Twitter accounts and 5900 propaganda videos.

This Article (Anonymous Declares War On ISIS, Promises To Hunt Down Paris Attackers) is free and open source. You have permission to republish this article under a Creative Commons license with attribution to the author and AnonHQ.com.