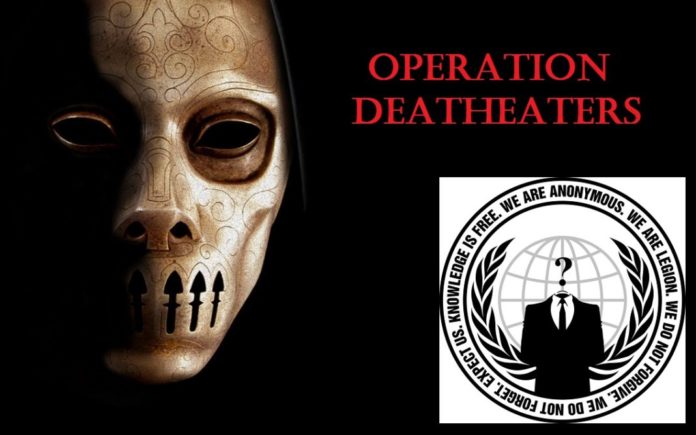 Greetings world, We Are Anonymous.

The biggest story of our generation is unfolding in the
UK to near complete silence in the international corporate media. The
UK media that cover it at all depict it as a ‘sex scandal’ committed by
‘child lovers’.

What the UK media depicts as “child sex” has left
children missing the lower half of their bodies. These so-called ‘sex
scandals’ involve children provided for torture as bait to blackmail
political opponents in Northern Ireland. The UK has open files on 200
missing boys from 1977 and 1983 The investigation has so far involved a
huge circle of UK establishment from media, politicians, police and
intelligence, known to police as The Untouchables. There are
international ties being ignored.

To the people of the UK, your ruling classes are
preying on you. Not just in the ways you always knew they were. Our
friends in the UK, just like our friends in Gabon, have a political
class that is torturing and murdering their children and mutilating
their bodies. Unlike in Gabon, the UK media is following the direction
of the Paedophile Information Exchange and telling you these people are
child lovers who need understanding and tolerance. They are telling you
this is sex. Who controls the words controls your thoughts.

This is not sex.
These people feed off the agony of others. They cause
wars and destruction during their working hours and they torture and
murder children as recreation.
These are not child lovers.
These are death eaters.

To the people of the world, this story is not limited
to the UK. Unlike us, death eaters have no borders. Human trafficking is
the biggest criminal industry in the world. Death eaters have global
networks. Tyrants of the World,
Expect Us!

The CSA inquiry in the UK is an attempt to depict a
powerful cult as a string of isolated incidents of “sex abuse”. The
complicit UK media is running a huge propaganda campaign to conflate
torture and murder with “paedophilia” and call for understanding of
“paedophilia”. This is not a group of sad paedophiles who need help and
understanding. This is a torture and death cult with a powerful global
human trafficking network. We demand that torture and murder be called
torture and murder, not sex. This is an international cult and needs to
be investigated as one, not simply as an endless series of isolated
incidents confined to the UK. We call upon our comrades globally to help
us investigate and demand an end to to the trafficking networks with
arrests at the top not just the bottom. We demand an end to human
trafficking and abuse complicity worldwide.