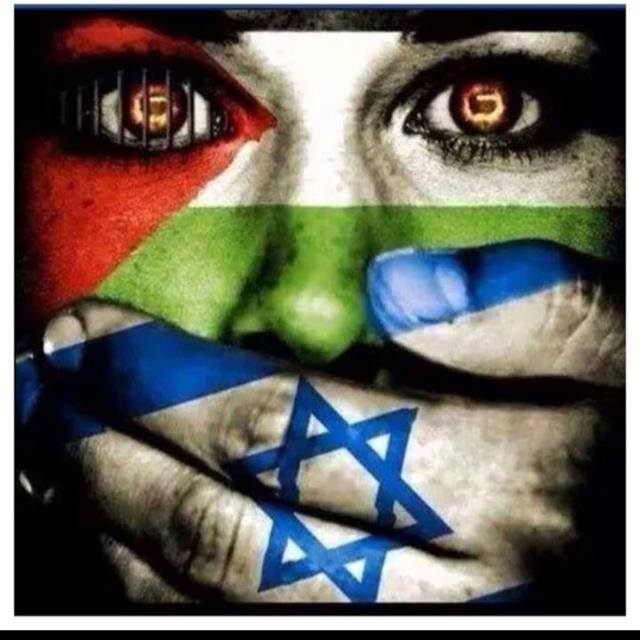 Israel is continuing to attack Gaza on all fronts with heavy air and drone attacks.

After the takedown of hundreds of Israeli websites, the Anonymous hackers now have leaked the most comprehensive list of Gazan civilian deaths together with a short explanation of the circumstances in which they were killed:

Because we are NOT just numbers, I compiled the names and ages of 174 people murdered during the 8-day Israeli attack on Gaza, November (14-21) and the circumstances in which they were killed. Their blood won’t go in vain. The murder of those innocents has just made us more determined and more willing to pay any price for our freedom from this inhumane Israeli occupation. Israel must be held accountable for their crimes against humanity sooner or later. RIP

At 8:20 am, as a result to an Israeli inhumane attack on Deel Al-Balah, central Gaza, three people were killed. The list of murdered victims goes longer>>>

In a series of attacks on several places on central Gaza at noon, two more people fell victim:

On November 18, the fifth day of the Israeli ongoing aggression on Gaza:

Israeli warplanes shelled the house of Abu-Alfoul family in northern Gaza, killing two children and injuring at 13 at least, mostly children and women.

An Israeli warplanes fired missiles at a house that belongs to the family of Abu Nuqira in Rafah killing one person:

An Israeli war plane fired a missile at a house in an agricultural land east of Bureij camp, in the Central Gaza Strip, killing one child and injuring 2 other children:

Two people were killed, one of them a child, when an Israeli missile hit a beachfront refugee camp in Gaza City:

Medics also reported finding the body of woman under the rubble of a house in eastern Gaza City who had been killed in a strike earlier in the morning.

At 8:00 pm, November 18, the ministry of health in Gaza has reported that Israel has risen the death toll in Gaza to 69, including 20 children, 8 women, and 9 elderly people. Moreover, Over 660 person got injured since Wednesday, including 224 children, 113 women, and 50 elderly people.
At 10:00 pm, November 18, an Israeli warplane attacked a motorbike near the ministry of finance roundabout, west Gaza, killing a father and his son:
71- Ahmad Abu Amra, 42 years old.
72- Nabil Ahmad Abu Amra, 20 years old.
At 10:10 pm, November 18, an Israeli warplane rocked a house belong to Nasser family near Abu-Sharekh crossroad in northern Gaza, killing a child and his father.
73- Hussein Jalal Nasser, 8 years old.

On November 19, the sixth day of the Israeli ongoing aggression on Gaza:

At 12:10 am, an Israeli warplane attacked Mahmoud Al-Hashash house in Rafah killing one woman.

At 1:00 am, an Israeli warplane rocked a car in Rafah killing two people:

78- Emad Abu Hamda, 30 years old, killed after being seriously injured in as a drone fired a rocket at Beach camp, west Gaza.

At 4:10 am, Israel committed another atrocious crime shelling a house belong to Azzam family that is full of children. 3 people were killed in this attack and at least 40 injured. Medics said that more than 15 children have arrived Shifaa hospital, three of them are in a very critical condition.

In an Israeli attack on Al-Qarara area to the south of the Gaza Strip, two farmers were killed at 8:50 am. In the same attack, a 4-year-old girl was seriously injured.

As a warplane rocked a motorbike in Khan-Younis, southern the Gaza Strip, two people were killed:

An Apache warplane fired a rocket at a car in Al-Berka street in Deer Al-Balah, killing three people:

94- Ramadan Ahmad Mahmoud, 20 years old, died this morning after being seriously injured in an attack that hit Al-Maghazi camp, two days ago.

At around 4 am, two people were killed as an Israeli warplane fired a missile that hit Al-Nusseirat Camp, to the west of Gaza city.

In an attack on Al-Shorouq building in Gaza City which contains several media offices, 2 were killed and 3 journalists were seriously injured.

At around 8:00 pm, an Israeli warplane shelled Shhada family’s house in Nusairat camp killing two people from the same family– a child and an elderly.

At around 9:00 pm, Israel committed another massacre against Hjazi family killing a father and his two sons, and injuring at least 15, most of them are children and women.

On November 20, the seventh day of the Israeli ongoing aggression on Gaza:

At around midnight, an Apache rocked a house in Rafah that belongs to Nassarsa family, killing two siblings and injuring 10 others.

111- Yahya Akram Ma’roof, 38 years old, a farmer killed at 9:20 am as an Israeli warplane attacked agricultural lands in Al-Atatra area, northern Gaza. Four other farmers were injured in this attack.

In an Israeli attack on an agricultural land in Beit-Layha, northern Gaza, at 10:10 am, two people were killed:

114- Mahmoud Rezq Salman Al-Zahhar, 30 years old, killed in an attack on Al-Mughraqa are in the middle of the Gaza strip.

117- Ahmad Khaled Doghmosh, died in Egypt after being transferred to a hospital in Egypt for being seriously injured in an airstrike that hit Tal Al-Hawa on November 18.

Within 1 hour and while negotiating the truce between Israel and Hamas, Israel committed another massacre killing at least 14 people.

At 4:20, an Israeli warplane rocked a car in Al-Sabra neighborhood, leaving four people from the same family killed and torn to pieces:

In an attack on Kishko street in Zaytoon street, two children were killed while playing football in front of their house:

In another attack on Al-Shawwa family’s house in Shijaeyya, west Gaza, a young woman arrived at Shifa hospital as charred pieces. 20 people were injured in this attack at least, 3 cases are severe.

At 5:55 pm, an Israeli warplane attacked a press car working for Al-Aqsa TV station in Nasser street in Gaza city killing two journalists. They were just holding their cameras, reporting on the ongoing attacks…

At 6:10 pm, two more were killed in an attack on Beit-Hanoon, northern Gaza.

At 8:30, two brothers were killed in an Israeli attack that targeted a motorbike in Bilbeisy street in Rafah:

At 9:00 am, two cousins were killed in an Israeli attack on Deer Al-Balah:

At 11:45 pm, two children were found as pieces in Al-Shouka area, western Rafah.

On November 21, the eighth day of the Israeli ongoing aggression on Gaza:

At 9:25 am: an Israeli warplane hit two places in Northern Gaza:

At 11:20 am, an Israeli warplane attacked a group of people in Khan-Younis, killing a child:

143- Fares Sbeita, 25 years old, died at noon after being seriously injured in an attack on Shijaeyya, west Gaza.

A young girl and her elderly father were killed at 1:30 pm in an Israeli attack on a group of civilians in Abasan area, west Khan-Younis.

At 2:40 pm, an Israeli missile hit a house belongs to Al-Assaly family killing a man and his son and daughter:

152- Riham Al-Nabaheen, 13 years old, killed in an Israeli attack on house in Nussairat camp in the middle of the Gaza Strip

153- Mubarak Ibrahim Abu Ghalwa, 24 years old, killed in an attack on the middle of the Gaza Strip

154- Mohammed Mohammed Baker, 27 years old, died after being seriously injured in an attack on Al-Sabra neighborhood on Monday.

155- Ibrahim Mheisin Shhada, 20 years old, killed In an attack on Al-Na’ga street, to the west of Jabalia camp, northern Gaza.

In an attack on a house that belongs to Abu Kmeil family in Al-Mughraqa area in the middle of the Gaza Strip, 5 people were killed:

As negotiations about ceasefire is going, more bombs fall over several places in the Gaza Strip killing a child and injuring at least 7 people.

A man and his daughter from Al-Dalou family were found buried beneath the rubble on Thursday, November 22, after three days of their death. Israel committed a massacre against Al-Dalou family on Monday. The paramedics managed to pull out ten dead bodies in that attack (Check the list from 54 to 64) The death toll in this single massacre rises to 12 people.

On Friday, November 23, 3 people died due to their wounds sustained during the 8-day attack on Gaza:

170- Ramadan Abu Hasanein, succumbed to serious wounds suffered during the 8-day Israeli aggression on the Strip and died at dawn Saturday, November 24 .

Other people killed during the attacks on Gaza.

171- Kamal Mohammed Morad Miqtat, 23 years old, suffered a heart attack that killed him on November 18 due to the Israeli bombings.

172- Ahmad Sulaiman Abu Nqeira, 61 years old killed in an Israeli attack that targeted his house in Rafah or November 18.

After the truce was endorsed at 9:00 pm on late Wednesday, December 21, Israel has violated the truce continuously.

173- Anwar Abdelhadi Qdeih, 21 years old, killed as the Israeli Occupation Forces started shooting at the farmers in the southern Gaza village of Khuzaa, close to the buffer-Zone. In the same attack, 19 other Palestinian were injured.

On November 29, the Israeli navy has also detained dozens of Gaza fishermen, although Israel agreed to allow Gaza fishermen to go six nautical miles off the coast instead of three.