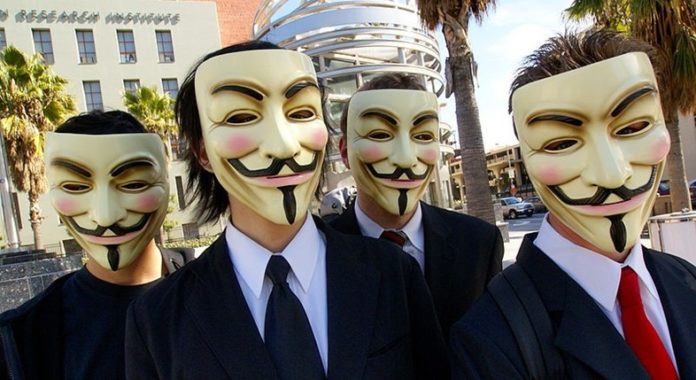 The Guy Fawkes mask is a symbol of anonymity. For hacktivists around the world, the smirking mask has become a symbol of empowerment, equality, justice and the promise of change. The mask is an identifier of like-minded people; it stands for justice, integrity and independence.

Anonymous activists say, “The mask is a representation of you, me, everyone, we’re equal, I don’t have to look at the color of your skin, of the color of your hair, how you are dressed like, I see the mask and everyone becomes equal.”

The mask was first used by Anonymous in 2008 at the Project Chanology protest against the Church of Scientology, for forcing YouTube to remove a video of Tom Cruise discussing Scientology that was meant for internal use within the Church. The protesters wore the masks to demonstrate without being harassed. In 2009, protesters wearing the mask exploded a fake barrel of gunpowder outside Parliament while protesting over the issue of British MPs’ expenses. During the 2011 Wisconsin protests, during the subsequent Occupy Wall Street and the ongoing Occupy Movement, the mask appeared internationally as a symbol of popular rebellion. The Huffington Post acknowledged that the Vendetta masks had now become a “symbol of the movement.” The masks were used by anti-government protesters in Thailand, in 2012, and Turkey, Brazil and Egypt in 2013.

On November 5, 1605, Guy Fawkes, a 17th-century Roman Catholic terrorist, was captured; Anonymous activists on November 5, 2014, organised the London faction of the Million Mask March outside the Houses of Parliament against corporate greed and government overreach.

The mask is spreading across the world and becoming a globally recognized emblem.