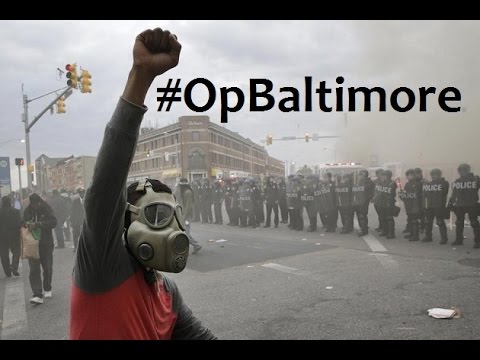 Anonymous, as usual, is once again standing up against injustice and involving themselves in yet another major issue present in the world. Operation Baltimore (#OpBaltimore) has been engaged.

To show solidarity with those protesting the death of Freddie Gray, Anonymous has hacked into the police servers in Baltimore and released the hacked data to the web via Pastebin. This data includes email addresses and passwords of police officers.

We don’t have any information yet as to whether or not the data is legit — some reporters did try to contact the specific Anonymous hactivists behind this operation but there has been no response from them.

Once again, this operation was announced on Twitter. The message reads:

We are shocked and angered by the recent events in Baltimore. We will not sit still as our brethren are killed in the light of day.

You remember from the @BaltimorePolice emails. Here are the passwords of emails. Enjoy http://t.co/mDXmfdd4t8 U mad bro? #Anonymous #AntiSec

UPDATE: Pastebin has since removed all pastes posted by Anonymous about their hack.