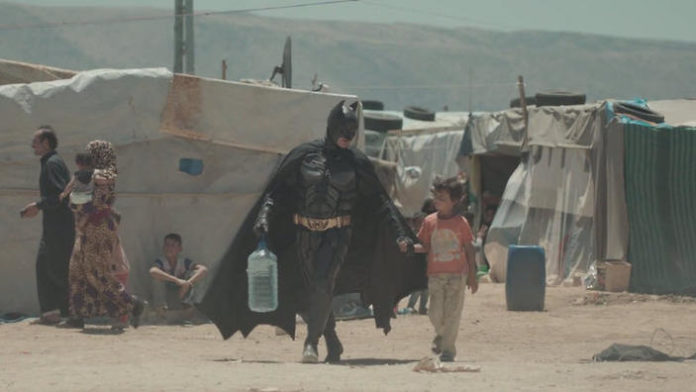 The Dutch organization, “War Child Holland” has released a video depicting The Dark Knight visiting and playing with a young boy in a refugee camp. The video, which was made to raise awareness and funds for their campaigns to help children whose lives are torn apart by war, has since gone viral online.

There are currently more than 4.8 million Syrian refugees – of which 2.4 million are children – according to the United Nations. However, in total, almost 250 million children grow up in a conflict zone, where they often live in poverty.

War Child is a non-governmental organization that works to protect, educate and campaign for the rights of children affected by war. The video, which features batman playing with a young refugee, is the first of three films being produced for the organization, in an effort to raise awareness and remind the public of the terrible battle millions of children are forced to face.

“The aim of the movie of War Child is actually to raise awareness of the situation of children affected by war,” spokesman Peter Schouten said. “The world can take everything from children away. Like their toys, their school, their family. But the world can never take their imagination away.”

This article (Batman Visits Refugee Camp in Awareness Video) is a free and open source. You have permission to republish this article under a Creative Commons license with attribution to the author and AnonHQ.com.