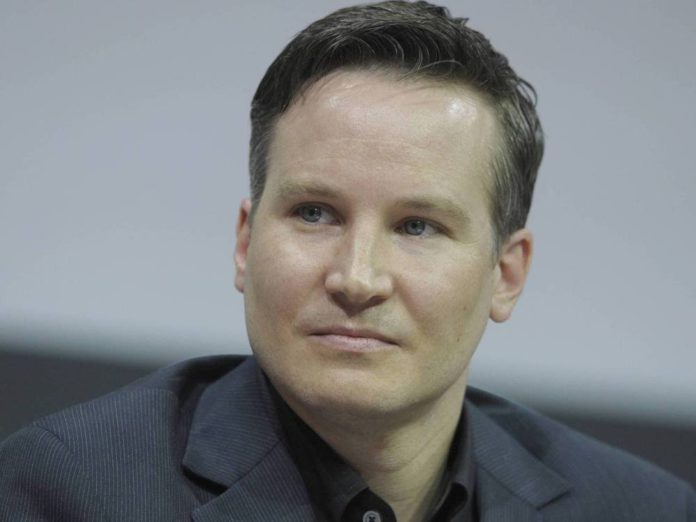 Once again it looks like an incredible conspiracy, like a thriller, however the facts speak for themselves.

Does anyone remember the German journalist who was filming the assassination truck in Nice from his balcony by pure chance? The very same reporter then reported even live from the rampage in Munich. Richard Gutjahr is the reporter who seemingly had so much luck in his life that the question arises of how many lottery jackpots he must have won already. After all, not only did he manage to be on site fortuitously during even two terrorist attacks, which is almost impossible statistically. As if this was not enough, he also claims that once he succeeded, after long hours of waiting time, to secure the first iPad for himself.

Richard Gutjahr is – and here it gets interesting – married to Dr. Einat Wilf. The Jerusalem-born Einat Wilf frankly describes herself as a Zionist, which can be found, inter alia, on her own homepage: http://www.wilf.org. She has a special background which is necessary to look at. Wilf is well-integrated in intelligence circles of Israel. Einat Wilf not only was as a Member of the Israeli Knesset, she rather also operated with the rank of Lieutenant in the Unit 8200 of the Israeli military intelligence. Interestingly, this information was removed from Wikipedia on 23 July 2016 at 12 o’clock, thus a few hours after the attack in Munich had happened. The fact that the removal of this entry was not done because it is not true, can be proved easily by various reports on Einat Wilf. WIZO News for instance, or even the Jerusalem Post, reported on the professional activities of the Gutjahr-spouse, just to name two out of many examples.

For quite some time, the reference to Wilf’s intelligence involvement is deleted repeatedly and then re-entered by other users. However, Israeli media make a useful keyword in this context.

Prior to the articles in the Jewish newspapers of Jerusalem Post or WIZO News probably being deleted or “corrected” at some stage, we took photographes of passages where it is stated that Ms. Wilf has indeed worked for the Israeli secret service Unit 8200 and was Foreign Policy Advisor to then Deputy Prime Minister Shimon Peres: It was, however, not the Jerusalem Post, but the Jewish General, which reported about the attack on the Berlin Christmas market at the end of the year 2016. In this context was mentioned Shlomo Shpiro, intelligence and terrorism expert at the Bar-Ilan University of Tel Aviv. The Jewish General wrote, “that he was at the Breitscheidplatz location himself just a few minutes beforehand. He said that he had seen Berliners and tourists there and listened to different languages ​​of the visitors. The Breitscheidplatz was possibly chosen for the terroroist attack as it is an icon and historic location in the heart of Berlin”, Shpiro stated.

Shlomo Shpiro also spoke to the newspaper BILD who said of him that he still “strolled from booth to booth,” just a few minutes before the assassination. Shiro himself said: “It was pure luck that I had left there. To me it just felt too cold outdoors, so I got onto a bus and drove away. Just a short time later we already heard the sirens …”

The intelligence and terrorism expert Shlomo Shpiro through the Bar-Ilan University at Tel Aviv is in direct touch with Einat Wilf who also works there as a lecturer. The university is considered an elite school of the Israeli foreign intelligence service Mossad. After in the person of Richard Gutjahr in Nice and Munich, the husband of a senior Israeli agent has twice been on the spot”by chance”, now in Berlin it is an “intelligence and terrorism expert” from Israel who at the same time is an intelligence-colleague of Einat Wilf. Again and again, it all seems to be linked to and between journalist Richard Gutjahr, his wife and the Israeli secret services. It is beyond coincidence when at three alleged Islamist terrorist attacks in three different European cities, each Israeli terrorism experts, agents of Israeli intelligence, or Israeli liaison officers such as the journalist Richard Gutjahr, are live at the scene. What’s behind this? Last week we reported in detail about the dubious protagonists of the Israel-Connection in Germany and their political agenda. Not only the planned infiltration of opposition movements, yet terrorist attacks as well are a popular means of intelligence in order to inflame sentiment in a country and to push in a particular direction. A secret military strategy which is by means of staged terrorism directed against the domestic population, indeed exists. It is called the “Strategy of Tension“. And it is still being applied in Western democracies.

A terrorist attack in a public place, such as a train station, a shopping center or a Christmas market, is the typical technique by which the strategy of tension is implemented. After the attack – and this is a crucial element – the intelligence agents who carried out the crime, begin to put blame on a political opponent by removing or placing of evidence. It should be noted that the actual targets of the strategy of tension are not the dead and injured in an attack, as many may perhaps assume. The target rather are the political opponents who are being discredited by an attack, and those who remain unharmed, however having learned about the attack, begin to fear for their lives and for that of their relatives. Since it is the objective of the strategy to discredit opponents and to create fear, the actual targets are not the people who were killed, irrespective of whether they are dozens or even thousands by number, yet rather the millions of people who survived physically unharmed but shaken emotionally. This strategy is ideally suited to get the population of a country to voluntarily accept stricter security and surveillance measures, or to escalate a conflict between different ethnic groups. It is therefore quite conceivable that the rampage in Berlin was caused deliberately by an intelligence operation to subsequently exploit this for political purposes.

The Süddeutsche Zeitung has already tried to remove Richard Gutjahr’s name from “conspiracy theories”. With weak arguments though, as can be read here: http://www.sueddeutsche.de/digital/streit-mit-youtube-richard-gutjahr-kaempft-seit-dem-muenchner-amoklauf-gegen-verschwoerungstheorien-1.3150485

However, the investigative journalist Tanriverdi from the Süddeutsche Zeitung does not mention at all the political life of his wife Wilf and her past as a Mossad agent. Furthermore, the investigative journalist appears to have overlooked or did not notice the changes made by Mr Gutjahr to his previous statements regarding his whereabouts at the time of the attack, and as to how he got the information. Similarly, the changes which Mr. Gutjahr’s daughter, who he named as an informant, made to her statements and who also happened to be on the ground during the Munich attack and took film recordings.