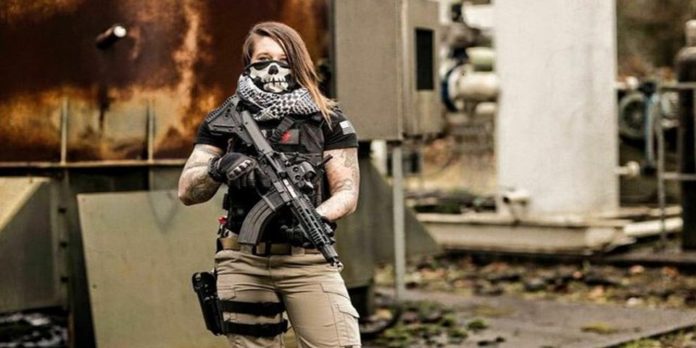 Kinessa Johnson, a United States Army veteran, has teamed up with VETPAW (Veterans Empowered To Protect African Wildlife), a non-profit organization committed to protecting Africa’s wildlife, to ‘do some anti-poaching, kill some bad guys, and do some good’. Johnson, who served four years in Afghanistan as a weapons instructor and mechanic, joined VETPAW as an anti-poaching advisor in November 2014 and arrived with her team in Tanzania late March to train African park rangers with marksmanship, field medicine and counter-intelligence; patrol with them to provide support their communities; enforce existing poaching laws; and educate the locals on protecting their country’s natural resources. Africa has the largest populations of endangered rhinos and elephants in the world, and therefore the top target area for poachers; revenue from the sale of products made from poached animals is often used to fund war and terrorism in Africa.

“We work side by side with park rangers and it’s truly a learning experience for not only park rangers but also our team. Our intention is not to harm anyone; we’re here to train park rangers so they can track and detain poachers and ultimately prevent poaching,” said Johnson.

“I’m a technical adviser to anti-poaching rangers so I patrol routinely with them and also assist in intelligence operations. Most of the time, anyone that is in a reserve with a weapon is considered a threat and can be shot if rangers feel threatened. Our goal is to prevent trigger pulling through strategic movements and methods of prevention,” added Johnson, who has taken to Facebook to help raise funds and awareness for the cause.