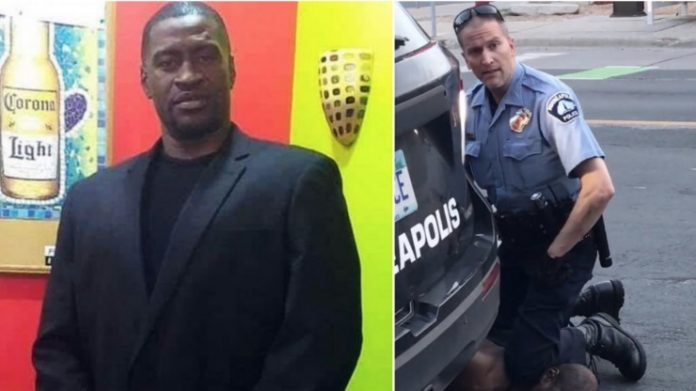 A bizarre twist in the murder of George Floyd was reported on Thursday night, as a former club owner in south Minneapolis revealed that Floyd worked at her club as a security guard, alongside recently fired police officer Derek Chauvin, the man who killed him.

Club owner Maya Santamaria says that the two both worked the same security shift at El Nuevo Rodeo club on Lake Street, before the business was sold a few months ago.

“Chauvin was our off-duty police for almost the entirety of the 17 years that we were open. They were working together at the same time, it’s just that Chauvin worked outside and the security guards were inside,” Santamaria told KSTP.

However, Santamaria said that she can’t be certain that Chauvin and Floyd knew each other, because often over a dozen security guards working at the club on any given night.

Still, they did work overlapping shifts, and the fact that one man ended up killing the other should justify further investigation into whether or not the two had a prior relationship.

If Chauvin and Floyd were not meeting for the first time in the moments before Floyd’s death, that could potentially mean that there was a deeper motive behind the murder.

If true, this could make the difference between a manslaughter charge or a murder charge.

As of right now, no other evidence of a prior relationship has been revealed, but this is an extremely strange coincidence, which would be cause for serious suspicion in any other circumstance.

Santamaria says that she did not realize that the men in the video were her former employees until a friend told her.

“My friend sent me (the video) and said this is your guy who used to work for you and I said, ‘It’s not him.’ And then they did the closeup and that’s when I said, ‘Oh my God, that’s him.’ I didn’t recognize George as one of our security guys because he looked really different lying there like that,” Santamaria said.

People around the country are calling for Chauvin to be charged with murder, but thus far no formal charges have been filed against any of the officers involved in Floyd’s death.

All four of the officers who were on the scene at the time of the incident were fired from the police force, but Floyd’s family says that is not enough, and the city’s mayor agrees.

“I’ve wrestled with, more than anything else over the last 36 hours, one fundamental question: Why is the man who killed George Floyd not in jail. If you had done it, or I had done it, we would be behind bars right now,” Frey said.

When asked about which specific charge he would want to see for the officer, Mayor Frey declined to comment, but many legal experts have speculated that Chauvin could face manslaughter charges considering the video evidence against him.