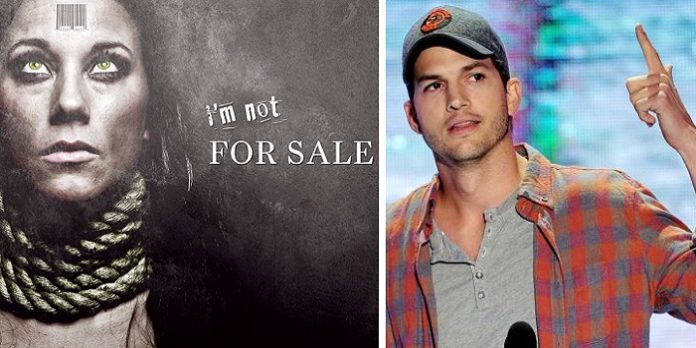 Approximately 4.5 million people are working against their will for sex traffickers. Thorn has rescued 6,000 – and put 2,000 criminals in jail – since 2008.

Ashton Kutcher might be best known for starring in That 70’s Show and marrying Mila Kunis, but he’s a key figure to follow for numerous reasons. In 2008, the activist founded an organization with his ex-wife Demi Moore called Thorn. Thorn’s ultimate mission is to eliminate the sex trafficking and child exploitation over the internet. Since it’s debut, Thorn has helped rescue an astonishing 6,000 trafficking victims. In addition, 2,000 traffickers have been caught.

When Kutcher appeared in a recent interview on “The Today Show” with hosts Kathie Lee and Hoda to discuss the new season of his Netflix original series, “The Ranch”, he also promoted the organization. One of the tidbits he mentioned is that most sex trafficking victims have one thing in common: they’re targeted online. He said:

Kutcher, who played Steve Jobs in a movie about the Apple entrepreneur, is partially responsible for founding the Thorn Task Force which searches the darkest corners of the internet to identify and eradicate traffickers. Some of the 20 tech companies that are part of the Force include Facebook, Google, Twitter, Yahoo!, Snapchat, and Imgur.

“New innovations will always be adopted for both good and evil purposes. At Thorn, we tip the scales in favor of good by stopping exploitation and protecting our children.”

Watch the interview below:

What Kutcher and his team have accomplished so far is heartening, but the businessman says he’s not stopping there. Thorn is working towards a truly ambitious humanitarian goal:

“Our next battle, my next commitment…I’m going to make a pledge that I’m going to eliminate child pornography from the internet,” said Kutcher.

According to anti-human trafficking group Polaris, The International Labor Organization estimates that 4.5 million people are currently working against their will for sex traffickers. And in 2014, the underground sex economy in 2014 was worth $290 million in Atlanta, Georgia, alone. Obviously, this is a conundrum that needs to be remedied. Fortunately, Thorn is helping to make that goal a reality.

This article (Bravo! Ashton Kutcher’s Organization Has Saved 6,000 Sex Trafficking Victims) is free and open source. You have permission to republish this article under a Creative Commons license with attribution to the author and TrueActivist.com