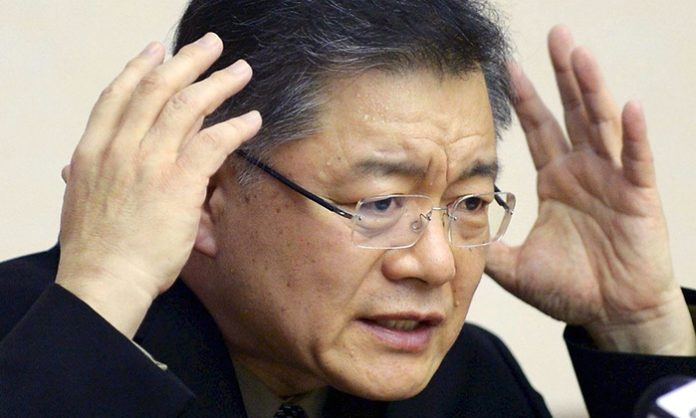 Canadian pastor Hyeon Soo Lin was sentenced by a North Korean court to life in prison with “hard labor” for apparent crimes against the state.

The Canadian came from the Light Korean Presbyterian Church in Toronto, and was given the severe sentence after a short trial by North Korea’s supreme court.

His relatives say that he had traveled there on the 31st of January- part of a regular humanitarian mission he conducted in order to provide aid to a nursing home, a nursery and an orphanage.

His family say that he has made more than a hundred trips to North Korea since 1997, and that his intent was not political.

He had earlier made a full confession to his charges in August, though it is possible that he was forced:


His confession at a North Korean press conference:

“The worst crime I committed was to rashly defame and insult the highest dignity and the system of the republic,” he said.

Foreigners who were detained but subsequently released have claimed that they were forced to “confess” while imprisoned. Indeed, North Korea views religious activities as a threat to the rule of its government- haveing a bible in public can lead to arrest and severe punishment. Kim Jong Un is revered as a deity in the country.

Kenneth Bae, a Korean-American missionary, was simmilarly charged with a 15 year sentence. He was released in 2014  together with another American detainee after a secret mission was conducted by James Clapper, top US security official.

Sources: The Guardian, The Independent

This Article ([Breaking] North Korea Sentences Canadian Pastor To LIFE In Prison With Hard Labor) is free and open source. You have permission to republish this article under a Creative Commons license with attribution to the author(CoNN) and AnonHQ.com.