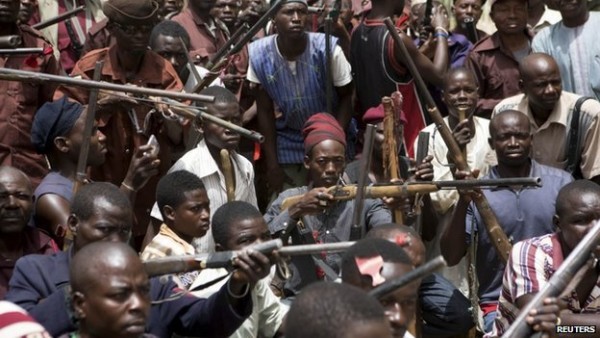 Founded in 2002 in the city of Maiduguri, the capital of the north-eastern state of Borno, Boko Haram has sought to establish an Islamic State in Nigeria. The group’s objective is to overthrow the Nigerian government, which it claims is too Western-friendly and does not honor Islam. It has already pledged allegiance to the so-called Islamic State of Iraq and Syria. Boko Haram became very radical; bombing and engaging the Nigerian military in direct combat in 2009. In 2014, the group gained international notoriety after it kidnapped some 300 schoolgirls in the town of Chibok in Borno State. Human rights groups estimate that Boko Haram has killed some 20,000 people, and displaced around 2.3 million vulnerable people from their homes.

Due to the inability of the Nigerian military to stop the group, Boko Haram has become a threat to neighboring countries. Any neighboring country who declares publicly to help the Nigerian government fight the group, becomes a primary target for Boko Haram. Currently, Boko Haram spans across Chad, Cameroon, and Niger. All of these countries have pledged to help fight the insurgents. Boko Haram has responded by turning the heat on them; the group carries regular suicide bombings in towns and villages in these countries.

For some time now in Cameroon, Boko Haram has turned its attention on the border towns and villages, carrying attacks and kidnapping local residents. Cameroon shares a border with Nigeria in the northeast, where Boko Haram headquarters is located. To help the army back on track, the government is now arming local vigilantes in towns and villages on the border to fight Boko Haram. The vigilantes have been given handmade machetes, some Kalashnikovs, bows and arrows, local made guns, motorbikes and bicycles to pursue the militants. The government hopes that with the expertise of the local vigilantes, they can help the army to gain control of the security situation.

More than 50 vigilantes have been given the incentives to go on the frontline to face the militants. The vigilantes claim to know the terrain like their finger tips, and are capable of outmaneuvering the insurgents. The Governor of Cameroon’s Far North Region, Midjiyawa Bakari told Deutsche Welle English in an interview that the vigilantes have volunteered because they are fed up with the attacks, and want to honor their relatives who have died.

“Those members that died protecting Cameroon did not lay down their lives in vain. After a long period of time spent encouraging people to contribute to the fight against Boko Haram, the inhabitants of villages bordering Nigeria have been joining these self-defense groups in large numbers,” Governor Bakari said.

The vigilantes are already on the ground hunting for Boko Haram militants. Local residents in the affected areas are confident that the vigilantes will defeat Boko Haram in the area.

“The military cannot be everywhere. We feel more secure when there are self defense groups at work. Now that they have been given motorcycles and weapons to facilitate their work, I feel happy,” a local resident identified as Dr Awah Sadjo in the town of Kolofata said.

This article (Cameroon Counts on Local Vigilante Groups to Defeat Boko Haram Insurgents) is a free and open source. You have permission to republish this article under a Creative Commons license with attribution to the author and AnonHQ.com.