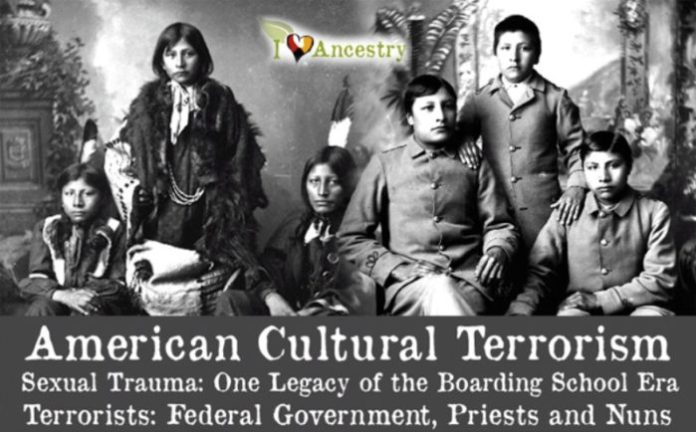 When we say the Europeans contact with the Native Americans was nothing but a disaster, we’re not joking. In every corner of the Earth where Europeans set foot, they saw themselves as superior. European contact with the Africans is one example; over 15 million blacks were captured and turned into slaves to benefit European Imperialism. In the so-called New World — today’s North, Central and South America — Europeans showed no mercy for the people when they made contact with them. In fact, when Europeans came into contact with the American Natives, it was a literal disaster.

In the years before Christopher Columbus and his band of desperados (criminals) arrived in the Americas, Europe was in economic turmoil. There were rampant wars, poverty, disease and famine. Therefore, when news spread in Europe that a new land had been found elsewhere, kings and queens gathered their forces to claim their take of the land. Those early Europeans believed the Natives had no right to their lands. Europeans saw themselves as exceptional. Their worldview of cultural practice and an understanding of land ownership was based on what is known as the Discovery Doctrine. This doctrine supported Europeans in their claims to land – including the people they made contact with – as their legitimate property. Natives who resisted the imperial doctrine were mostly massacred with impunity. Take note that Europeans by then had mastered warfare and weaponry. For example, from the colonial period of the early 1500s through to the twentieth century, American natives experienced vast massacres at the hands of Europeans. It is estimated that over 100 million natives were killed as a result of European aggression and impunity. The killings and dehumanization of Natives continued even when the invaders fought their own European powers for independence.

Between 1874 and 1996, Canada instituted a damning residential school system, also known as the Indian residential school system for Natives. The system was a network of boarding schools for Natives only. It was funded by the Canadian government’s Department of Indian Affairs, and administered by Christian churches, including the Roman Catholic Church, the United Church of Canada, the Anglican Church of Canada and the Presbyterian Church. The school system was created for the purpose of removing Native children from the influence of their own culture and assimilating them into the dominant Canadian white culture.

Over the course of the system’s existence, it is estimated that about 30% of Native children – equivalent to 150,000 children – were placed into the residential schools across Canada.

Of course, establishing such a school to rob people off their culture is completely despicable. But what made the residential school system more despicable is the level of abuse and torture meted out against Native children who were forced into the schools. In the schools, there was an elevated rate of physical and sexual abuse. Corporal punishment was justified by a belief that it was the only way to save souls, civilize the savage, or punish and deter runaways. Overcrowding, poor sanitation, inadequate heating, and a lack of medical care led to high rates of influenza and tuberculosis among other diseases. It is estimated that over 6,000 Native children who attended the school, died. Many others too, disappeared without trace.

In 2015, a survivor of the heinous school system, Andrew Wesley, a Cree native from Ontario, told Al Jazeera in an interview he was abused in the residential school, as a child. His account of events during the period is nothing but gut wrenching. Wesley’s story makes the staunchest of people shed tears. “What I remember, the abuse about St Anne’s, is the way I was treated as a little boy coming off the bush, especially when we had the first meal. I never ate corn in my life and I kind of threw up on the floor. The child-care worker came over and saw what happened, and so she told me to eat my vomit on the floor, and she was hitting me at the same time. So I did that and of course it tasted awful so I threw up again for the second time, so I again had to eat my vomit. It was terrible. I wasn’t the only student that was treated like that, there were many of the boys. There was also sex abuse but I never faced that kind of abuse, but I know other students had, including my younger brother that suffered sexual abuse,” Wesley narrated his residential school ordeal.

Mr Wesley further revealed the school system was meant “to take the Indian out the child,” and to assimilate them into Canada’s “white” mainstream, adding that the negative effect of the system is still being felt today in Native communities across Canada.

In 2008, the Canadian government set up the Truth and Reconciliation Commission (TRC) to look into the heinous crimes and abuses committed during the school system.  In 2015, the TRC concluded its work, publishing a six volume 4,000-plus-page report detailing the testimonies of survivors, and historical documents of the school. The TRC stated equivocally that the Canadian government committed “cultural genocide” against Native people. It recommended that all Canadians should be educated and made aware of the residential school system that occured.

However, we can report that two years after the publication of the report, not even a fraction of Canadians are aware of the brutal past against Native Americans. That is how the system is: It is built on lies and deception; a system constantly preventing us from knowing the truth.

This article (Canada’s Schools “To Take the Indian out the Child” – Commission Rules Cultural Genocide [Video]) is a free and open source. You have permission to republish this article under a Creative Commons license with attribution to the author and AnonHQ.com.