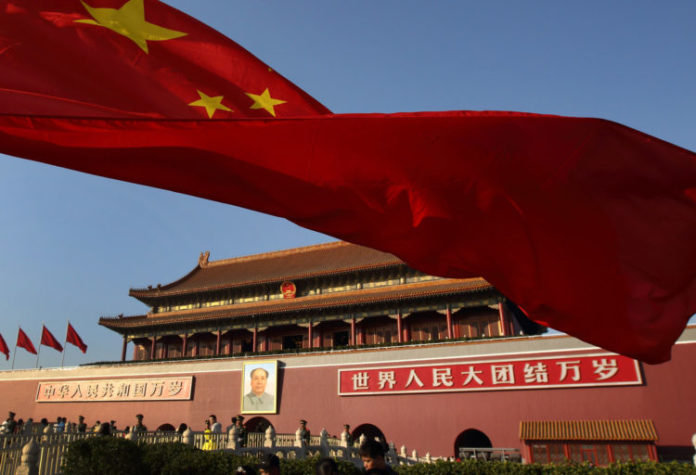 Four countries that played a crucial role in the victory of the Allied Forces in the Second World War – the United States, Britain, China, and the Union of the Soviet Socialist Republics (USSR) would later turn against each other, almost immediately after the war had ended. The Cold War ushered the world into two divisive major blocs – Capitalism and Communism. The United States and Britain were already established capitalist countries. The USSR flourished within its communist political system. China, on the other had, wasn’t stable, rather, it was divided on whether to turn to the USSR’s or the West’s political ideologies.

But as Chairman Mao Tse-tung and his Chinese Communist Party eventually scored a decisive victory against the Western-backed Kuomintang (Chinese Nationalist Party) during the Cultural Revolution, it became game over for any chance of Western influence over mainland China.

The People’s Republic of China was established on October 1, 1949. Strategically allying itself with the USSR, the rest of the world would suffer from the folly of the countries that claimed to have freed the world from the tyranny of Adolf Hitler. Probably, leaders of these countries were not, after all, better than Hitler. The same greed and obsession for power that drove Hitler to war, arguably drove the immediate post-war leaders of the West and the USSR to initiate the Cold War. The Cold War was felt in almost every corner of the world. As the United States and its Western allies pushed for more influence around the world by exporting ready-made capitalism and so-called democracy to the rest of the world, the USSR and its Eastern allies tried to neutralized the move.

Of course, labeling the Cold War as the most stupid war ever fought in human history isn’t difficult. It never achieved any results; rather, it made smaller countries, especially those in the developing world, poorer and but the world on edge. Both economic and political systems have became distorted, and the effects are still being felt today.

As the USSR disintegrated in the early 1990s, so too did the Cold War. China since, has built its economic and political systems at an unprecedented rate. Although propaganda messages, disseminated by Western mainstream media in the past, sought to discredit the Chinese government as being autocratic and opaque, the country has stood the test of time, at least in this current day. Now, China is modernizing its military. Senior Pentagon officials admitted in 2016, that the Chinese army has become very technological, and that the next global conflict will move fast and be deadly, due to the modernization of the Chinese army. Apart from the military capabilities of China, the country has almost become a global economic powerhouse. China’s foreign investment is spreading, especially in the developing world. Many countries in Africa are gradually shifting their traditional economic alliance from the West, to move towards China.  China’s southeastern city of Shenzhen is now a global city for commerce and finance, with many business people from around the world flooding to tap the new emerging opportunities in the city.

However, during these developments, it appears the Western narrative on China refuses to change, particularly among the Western elite. From two significant events that rocked the West in 2016 — Brexit and the election of Donald Trump — China is taking a swipe at the West, revealing the West has dug its own grave.

The Chinese Communist Party has published in the party’s flagship newspaper, the People’s Daily, that Western capitalism and democracy proved from the beginning that it can’t stand the test of time. According to the communist party, Western capitalism and democracy were meant for the elite, leading to the exploitation of the general citizen. The Chinese, therefore, believe Western democracy has reached its limits, and deterioration is the inevitable future of capitalism. “The emergence of capitalism’s social crisis is the most updated evidence to show the superiority of socialism and Marxism. Western style democracy used to be a recognized power in history to drive social development. But now it has reached its limits. Democracy is already kidnapped by the capitals and has become the weapon for capitalists to chase profits,” the party wrote.

According to China, the rise of anti-establishment protectionist politicians like Trump, and the emergence of populist leaders advocating for protectionism across Europe, is a sign that Western democracy and capitalism have failed the populace.

Especially on Trump, China pointed out that the deep division among the American public against their leader means danger for the country, which is likely to incite instabilities soon. The latest Chinese warning of the collapse of the political and economic systems of the West comes as a professor of Cliodynamics recently predicted the imminent collapse of the American society also.

Professor Peter Turchin of the University of Connecticut said the United States is likely to collapse soon, predicting it to occur in the 2020s. Turchin stated that a series of instabilities would rock the United States, claiming it would come as a result of political turmoil, which would shake the American society to its core.

Professor Turchin believed negative trends seem to be accelerating, and that in three years, the path to instability will seem unavoidable for the United States.  According to Turchin, at the center of his prediction is “elite overproduction.” He defined elite overproduction as the rich growing richer while relating less and less to the poor. He explained that elite overproduction would result in ideological polarization and fragmentation of the political class, and eventually leading to chaos. This article (China Lashes out at Western Democracy and Capitalism, Warns of Its Imminent Collapse) is a free and open source. You have permission to republish this article under a Creative Commons license with attribution to the author and AnonHQ.com.