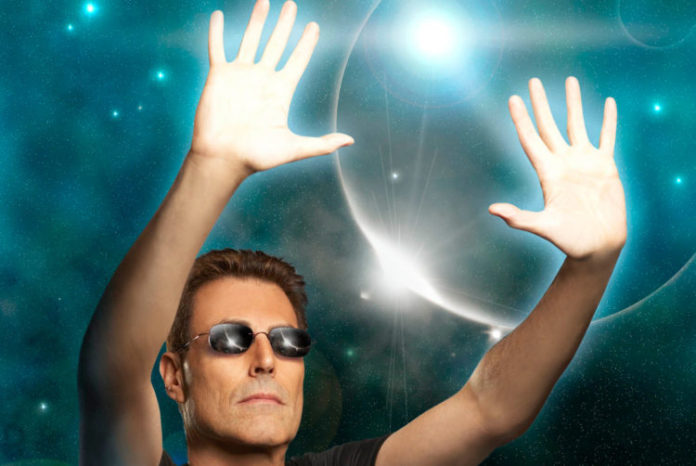 The objective of the mysterious Stargate Project was to use clairvoyance and out-of-body experiences to spy on other nations, to maintain the status of the United States as the most powerful country on Earth. By using this magical method to spy, the United States would know what the targeted countries are doing without paying secret agents to infiltrate those governments. The military and intelligence services would then use the information obtained from the project to prepare for so-called national defense. Many witches, wizards, clairvoyants, magicians and other spiritualists were said to be employed in the Stargate Project. According to declassified documents released by the CIA, at the project’s peak during a day, over 22 active military and civilian personnel used their magical powers to provide data.

Although the CIA claims the Stargate Project was shut down in 1995 because it was not useful in intelligence operations, some observers believe the agency is not being entirely truthful about the project. It is believed the project is still secretly active under the CIA.

Apart from this, the creation of the Stargate Project in the first place, is drawing our attention to a conspiracy theory that suggests the country’s elite government agency that is tasked with space exploration — the National Aeronautics and Space Administration (NASA) — is hiding the existence of Alien Life or Unidentified Flying Objects (UFOs) sighted by many people across the world. The Stargate declassified documents mention the Israeli famous magician Uri Geller as having taken part in the supernatural project. According to the documents, Geller was subjected to a series of bizarre secret experiments that aimed to turn his psychic abilities into a weapon for the United States.

In fact, Geller is famed for his apparent ability to bend spoons. Geller was taken to the Stanford Research Institute in the 1970s, to have his psychic abilities investigated by a group of scientific researchers. It was a clash of scientific observation and ritual magical powers. In the end, the Stanford researchers concluded Geller “demonstrated his paranormal perceptual ability in a convincing and unambiguous manner.” The researchers accepted supernatural phenomenon exists. Science accepted ritual magic exists. From this confirmation, Geller was enlisted into the Stargate Project.

It was a dream come true for the Israeli magician. This is what he was craving all his life. Geller was born in a Tel Aviv hospital on December 20, 1946. His mother and father later divorced, leading Geller to experience poor parental control and poverty. Knowing he had supernatural powers, Geller wanted to enlist into the Israeli army in his youthful days to use his powers to help the military gather intelligence. True to his wish, Geller became a paratrooper in the Israeli army, but despite his supernatural powers, Geller was badly injured by an Arab soldier during the Six Day War on June 18, 1967. This brought his military ambitions to an abrupt end and he was discharged from the army.

Frustrated, Geller turned to night clubs to perform stage magic, a job he used to do before joining the army. However, Geller received the fame he was looking for in September 1970, when while on stage bending spoons, he stopped and announced that the charismatic leader of Egypt, Gamal Abdel Nasser, who has been the thorn of flesh for the Jews, is dead. Mr Nasser led the Arab coalition that fought Israel in the Six Day War, making him the biggest enemy of the Jews.  The show ended immediately. People rushed out to the streets to verify what Geller had said, but it was not until the next day that the death of Nasser was confirmed. This brought fame to Geller across Israel, and even outside, as somebody capable of seeing into the future.

At this stage, Geller was still desperate for more fame, as well as money.  “I want to be famous. I want to be successful. If you want to work with me, you will have to deal with my need for fame and fortune,” Geller reportedly told the freelance CIA investigator, Dr Andrija Puharich, in 1971. Dr Puharich had travelled to Israel to investigate Geller’s psychic abilities. It was through Puharich’s investigation that Geller was sent to Stanford and eventually to the Stargate Project. Prior to meeting Dr Puharich, Geller had narrated to a friend how as a toddler, he would spend most of each day outside on the street without any supervision. According to Geller, one day during those formative years, when he was about three, he had an extraordinary encounter that he would never forget for the rest of his life.

While playing in a nearby bush close to his house at Yehuda Halevi Boulevard on Christmas Day, 1949, Geller came face-to-face with a UFO.

“It wasn’t the sun — it was something more massive, something that you could touch. It was really weird, like a sphere, just hanging there, shining and strobing, and then it gently and silently drifted down towards the ground. Then something struck me. It was like a beam or ray of light. It really hit my forehead and knocked me back into the grass,” Geller told his friend.  Geller said when he got home that day, he told his mother about the incident, but she refused to believe him, saying it was a hallucination.

In 2007, a credible witness also came out to confirm Geller’s encounter with the UFO. A retired Israeli reserve air force captain, Ya’akov Avrahami, had heard Geller’s UFO claim in a documentary. Captain Avrahami contacted Geller to tell him that he had been walking to the bus stop on Yehuda Halevi Boulevard on Christmas Day, 1949. He witnessed Geller’s encounter with the UFO.

“Suddenly, I saw a powerful light, a sphere-shaped light, a metre in diameter, bright and dazzling. At the same moment, I noticed from the building on the left a small child coming out, dressed in a white shirt and black trousers. The light halted again and, as if it had senses, it suddenly turned around and approached the child. The light embraced him,” the retired captain recounted what he saw in 1949. “After being told all these years that it was my imagination or that I was hallucinating, for this man to come forward was a very emotional thing for me. The way he described me as a little boy, with the white shirt and black trousers, which is how my mother always dressed me — that convinced me he was not lying,” Geller said about the testimony of retired captain Avrahami.

Apart from this testimony, if the CIA and the researchers at Stanford confirmed the psychic abilities of Geller, then we can believe he indeed had an encounter with the UFO. It appears the CIA and NASA are indeed hiding many secrets regarding UFOs from the public.

This article (Israeli Air Force Captain Reveals UFOs are Real, Confirms Witnessing a UFO Encounter with Stargate Project Member, Uri Geller) is a free and open source. You have permission to republish this article under a Creative Commons license with attribution to the author and AnonHQ.com.