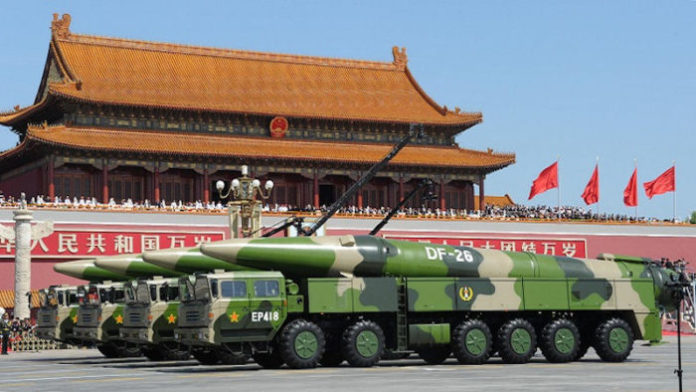 Before Barack Obama left office, finishing his term as President of the United States (POTUS), the country’s relationship with China was deteriorating. The cause was simple: The South China Sea. In July 2016, the United States had wanted to sail on the disputed waters under a so-called Freedom of Navigation principle (FON). The FON has been part of the United States’ policy under the Law of the Sea Convention since 1983. The United States uses the exercise to assert its navigation and over-flight rights and freedoms.

This prompted Chinese Defense Minister Chang Wanquan to announce a nerve-shaking warning that his country’s citizens should prepare for war. He described the war as the people’s war at sea. China has since been positioning and testing its nuclear weapons, and planning military drills on its waters with Russia. Even when Obama attended the G-20 summit in China in September, he and his entourage were humiliated by the Chinese.  The then United States president was forced to exit Air Force One via an emergency door as the Chinese decided not to accord him with the respect they normally extend to leaders who were arriving for the meeting. Mr Obama left office with Chinese diplomatic relations in tatters.

Donald Trump during his campaign, made it clear that he would toughen up on China. Trump’s main concern was trade. He believes China has taken advantage of global trade to exploit the United States. He has constantly lashed out at China, even receiving a telephone call from Taiwan; something past POTUS have refused to do despite their differences with China. China considers Taiwan as its territory, not a sovereign country under the one-China rule. To make matters worse, Trump recently gave the go ahead for the military to carry out the FON. Currently, warships of the United States are sailing towards where the Chinese have warned to take drastic measures if it is encroached.

Meanwhile, as the United States war machines approach the South China Sea red line, China is preparing to meet them with all available forces, including using nuclear deterrent weapons. The Associated Press reports that China has surreptitiously revealed a highly accurate ballistic missile system with a range long enough to directly threaten Taiwan, the disputed South China Sea, the Philippines, the Japanese and other United States military bases in Asia — including Okinawa — with a nuclear first strike.

The deadly weapons are described as medium-range DF-16s. It was reportedly deployed on 10-wheeled mobile launch vehicles during the Chinese Lunar New Year holiday that occurred Jan. 28, 2017. A video posted on the Chinese Defense Ministry’s website showed the missiles aboard the vehicles being deployed to a secret forest location, while Rocket Force boasts an extensive armory of missiles of various ranges.

It is said the missiles are capable of striking targets as far away as 1,000 kilometers. What makes the missiles more dangerous is that they can’t be stopped by United States-made defense systems in the whole of the Far East.

Each missile carries up to three warheads, weighing as much as a ton and carrying conventional high explosives or a nuclear weapon. Further increasingly its lethality, the missiles are said to be accurate to within as little as 5 meters (16 feet) of the target, similar to that of a cruise missile. This means the Chinese have significantly improved the automation of many of their deadly weapons. This latest weapon deployment has prompted observers to warn that if the Trump administration doesn’t exercise caution regarding the South China Sea, China could easily use its nuclear arsenals in self-defense.

President of the global political risk consultant Eurasia Group Ian Bremmer told United States media outlets that China is preparing for a potential war with the United States over the sea.

“The Chinese government is quite concerned about the potential for direct confrontation with the Trump administration. Chinese officials are preparing for the worst, and they expect to retaliate decisively in response to any U.S. policies they perceive as against their interests,” he said.

The United States is also aware of the impending danger from the Chinese. In fact, the United States Congress has instructed the Pentagon’s Strategic Command, via the 2017 NDAA, to assess the ‘survivability’ of both Russian and Chinese leaders in the event of a nuclear strike. The Free Thought Project reports that although such an assessment could be considered standard for nuclear powers, the timing intimates the use of strategic nuclear weapons could be the subject of debate behind closed doors in Washington.

Remember also, top military commanders at the Pentagon admitted in October 2016 that the Chinese military is increasingly becoming technological, making a direct military conflict with the Chinese very “deadly.”

This article (China Responds to U.S. Threats on its Waters: Unveils Nuclear Missile System Capable of Destroying All U.S. Military Bases in Far East) is a free and open source. You have permission to republish this article under a Creative Commons license with attribution to the author and AnonHQ.com.