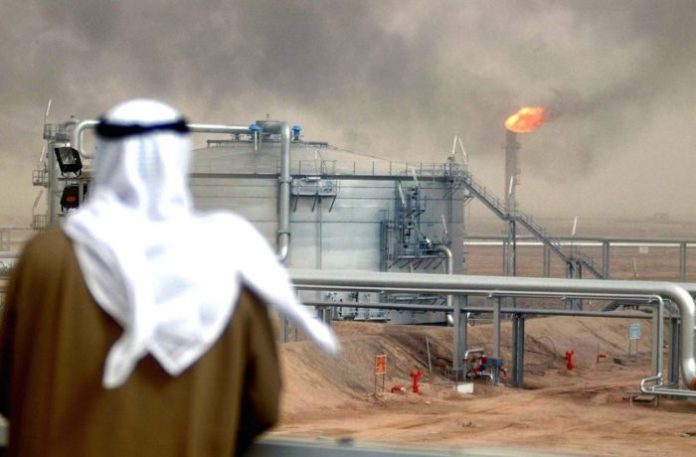 The single most important resource that sustains the oppressive regime in the Kingdom of Saudi Arabia, is oil. The oil alliance between the Kingdom and the West – especially the United States – is unspeakable.

In fact, both Democrats and Republicans have proved that Saudi Arabia is untouchable. All successive United States governments have continued to neglect the flagrant violations of fundamental human rights that Saudi Arabia committs. When President Trump recently issued his executive order banning citizens of seven Islam-dominated countries from entering the United States, he also excluded Saudi Arabia. Trump claims the basis of the ban is to protect the United States from terrorism.

However, checks reveal the 7 nations within the ban proposed pose no threat to the United States. On the other hand, 11 out of the 15 terrorists who participated in the 9/11 attack were Saudi nationals. Trump never including Saudi Arabia in the ban defies common sense, unless you consider the US-Saudi oil relationship.

After the failed support for rebels in Syria, Saudi Arabia is currently spending billions of dollars waging a brutal and heinous war in Yemen. A significant percentage of the Kingdom’s oil proceeds are spent on weapons. Western countries – especially the United States and the United Kingdom – benefit from the huge weapons deal with Saudi Arabia. This increased the revenues of the Military Industrial Complex in these Western countries.

But as Saudi Arabia continues to fool itself by believing that war is better than peace, the country is now feeling the heat. The war is proving very expensive. To make matters worse for Saudi Arabia, oil prices on the world market level have drastically fallen. Within the last two years, oil prices have more than halved. The price of a barrel of crude oil fell from over $114 in 2014 to just over the current $55. Since the Saudi Kingdom’s economy depends on oil, this equates to a heavy blow. The country is now running to the International Monetary Fund (IMF) for help. This of course, is good news for the rest of the world. Saudi Arabia may now be forced to make peace rather than wage useless war, wasting scarce national resources.

Some observers believe the IMF was established to make poor countries poorer. In fact, since its establishment, no country has sought help from the IMF and prospered. The situation deteriorates more so, after the country accepts conditions by the IMF. The IMF advocates for high austerity measures, cutting government spending on social welfare programs, higher taxes, and privatizing vital state corporations such as electricity and water.

In January 2016, Saudi Arabia introduced a Value-Added Tax (VAT) with the approval of the IMF, indicating the end of life without VAT in the country. Before the fall in the price of oil, Saudi Arabia enjoyed a tax-free living on basic consumer goods. It is even said the newly introduced tax would affect other Sunni majority nations in the Gulf Cooperation Council with Saudi Arabia — Bahrain, Kuwait, Oman, Qatar, and the United Arab Emirates. These countries are close allies of Saudi Arabia and the West. A five percent levy has now been slapped on basic consumable goods in these countries. Other Gulf countries are also expected to follow and introduce the VAT system by the beginning of 2018. Already, there was a 50% tax on tobacco and soda drinks in these countries.

However, the recent measures would increase the tax on tobacco, energy and soda drinks to 100%. The official Saudi Press Agency confirmed: “A Royal Decree has been prepared.” Before this IMF deal, Saudi Arabia announced some austerity measures in 2016. The Kingdom froze major infrastructure projects, slashed ministers’ salaries and imposed a wage freeze on civil servants. The country also made unprecedented cuts to fuel and utility subsidies. The Kingdom’s finance minister said the country wants to diversify its revenues to balance the budget by 2020.

From all indications, the end of the Saudi regime is near. As the world continues to capitalize on the new opportunities in the renewable sector, oil will soon become unprofitable. The West will then abandon the ‘allied’ Kingdom because it has nothing to offer. It’s only a matter of time.

This article (Collapse of Saudi Regime Looms as Oil Revenues Dry Up, Kingdom Announces End of Tax-Free Living) is a free and open source. You have permission to republish this article under a Creative Commons license with attribution to the author and AnonHQ.com.