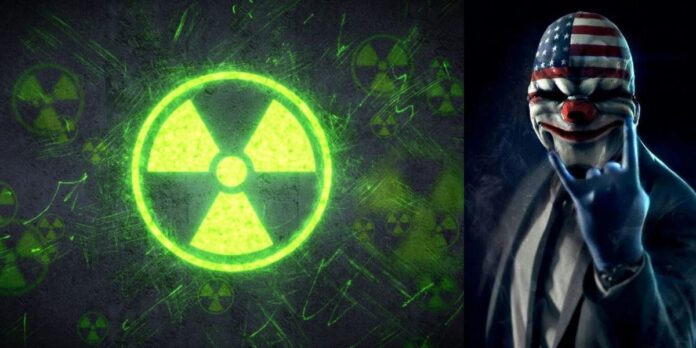 The United States military is currently leading coalition airstrikes in Syria and Iraq, claiming to be fighting against the so-called Islamic States of Iraq and Syria (ISIS).

Of course, there has been a very big question mark on the United States fight against ISIS in the area. This is because there have been vast amounts of evidence suggesting the United States is helping the terrorist group rather than fighting it.

For example, in November 2016, when anti-ISIS fighters – consisting of a mix of Iraqi army, Shia tribal fighters and other groups opposing the terrorists – began their ground assault to take back the city of Mosul from the terrorists, they discovered many United States-made missiles in camps deserted by the terrorists. Currently, these anti-ISIS ground forces are still struggling to capture the entire city from ISIS. What has emerged from the camps captured by the anti-ISIS forces, however, raised serious doubts about the United States’ claim of fighting against ISIS in Iraq and Syria.

When ISIS seized the territories in Syria and Iraq, it also took control of oil fields and other facilities in the two countries. According to analysts closely monitoring the activities of ISIS in the area, the oil facilities serve as the single most important source of revenue for the terrorists. It is through the sale of oil that the terrorists can buy weapons and also pay their soldiers. Apart from the fight against ISIS being a sham, human rights campaigners closely monitoring the situation in Syria and Iraq have consistently reported that the United States-led coalition is dropping dangerous chemicals close to civilian-populated areas in the two countries.

After a series of investigations and persistence by genuine human rights groups who are interested in peace in Syria and Iraq, concrete evidence has been put forward against the United States coalition using dangerous chemicals in Syria and Iraq. The evidence is so glaring that the Pentagon can’t deny it. The Pentagon has, for the first time, admitted that coalition forces used depleted uranium in Syria.

Depleted uranium is a by-product of uranium enrichment. It is said to have about 60% of the activity of natural uranium.  Depleted uranium, when used, remains for years in the environment without breaking into harmless compounds, spreading to human populated areas.

The Pentagon said it used depleted uranium anti-tank rounds in Syria on two occasions in 2015, when conducting airstrikes against convoys of ISIS.

A military spokesman at the Central Command of the Pentagon, Major Josh Jacques, said A-10 attack aircraft used depleted uranium rounds on November 16 and 22, 2015, in attacks on tanker trucks carrying oil for ISIS. He claimed the operations destroyed hundreds of trucks belonging to the terrorists, revealing a total of 5,265 depleted uranium rounds were fired in combination with other incendiary rounds. Major Jacques added that a combination of armor-penetrating and high explosive incendiary munitions was used to ensure a higher probability of destruction of the truck fleet ISIS was using to transport its illicit oil.

“We will continue to look at all options during operational planning to defeat ISIS, this includes DU rounds,” he said.

Depleted uranium munitions have armor-piercing capabilities. They have been criticized for posing health risks to both soldiers who fire them and to civilian populations.  After the illegal US invasion of Iraq in 2003, some health researchers blamed depleted uranium weapons used by United States forces for the major increase in cancer cases and birth defects in Iraq.

The munitions are also suspected to be a possible cause of “Gulf War syndrome,” a name given to a collection of debilitating illnesses suffered by veterans of the 1990-91 Gulf War.

“Given the international opprobrium associated with the use of depleted uranium, we had been pretty astonished to hear that it had been used in operations in Syria,” said Doug Weir, the International Coordinator for the Coalition to Ban Uranium Weapons.

Mozhgan Savabieasfahani, a researcher who has published several scholarly studies on the links between health issues and war pollution in Iraq, said depleted uranium damages DNA and creates mutations, which may cause birth defects and diseases in the offspring of people exposed to it. Savabieasfahani further added that the world should not believe the Pentagon’s claim that coalition forces used the dangerous weapons only twice.

“The credibility of the United States army is quite thin. It’s a very, very toxic material [Depleted Uranium] to be spreading around a civilian society, and it appears like they have been doing it,” she said.

This article (For the First Time, the Pentagon has Admitted Using Cancer Causing Radioactive Toxic Chemicals in Syria) is a free and open source. You have permission to republish this article under a Creative Commons license with attribution to the author and AnonHQ.com.