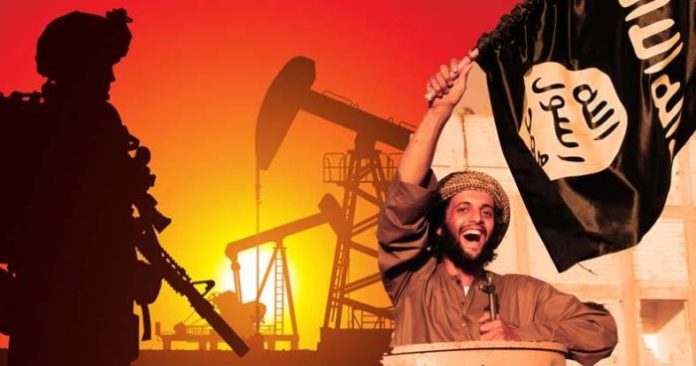 In 2014, the then president of the United States, Barack Obama, approved a Coalition force to carry out airstrikes against ISIS. ISIS had by then, seized vast territories in both Syria and Iraq, declaring the area as a so-called Islamic Caliphate.

The Coalition, led by the United States, is made of Western, Arab and non-Arab nations. In fact, the airstrikes didn’t receive authorization from the United Nations Security Council or the government of Syria. In November 2016, when anti-ISIS fighters – consisting of a mix of Iraqi army, Shia tribal fighters and other groups opposing the terrorists – began their ground assault to take back the city of Mosul from the terrorists, they discovered many United States-made missiles in camps deserted by the terrorists.

Currently, these anti-ISIS ground forces are still struggling to capture the entire city from ISIS. What has emerged from the camps captured by the anti-ISIS forces, however, raised serious doubts about the United States’ claim of fighting against ISIS in Iraq and Syria. As these issues are still being scrutinized by concerned observers, another discovery of potential United States support for ISIS has emerged. Russia intervened in the Syrian civil war in 2015 on the request of the legitimate Syrian government. A little over a year since the Russian intervention, the country’s air force has conducted 71,000 strikes against terrorist infrastructure targets, eliminating 725 training camps, 405 arms factories, and 1,500 pieces of military equipment. Around 35,000 ISIS members and other terrorists have been killed, and another 9,000 have laid down their arms. The United States, on the other hand, has led the air campaign for almost three years. Evidence of concrete results achieved has yet to surface. Instead, it has emerged that the Coalition that is led by the United States is sparing oil production facilities held by ISIS in Syria.

When ISIS seized the territories in Syria and Iraq, it also took control of oil fields and other facilities in the two countries. According to analysts closely monitoring the activities of ISIS in the area, the oil facilities serve as the single most important source of revenue for the terrorists. It is through the sale of oil that the terrorists can buy weapons and also pay their soldiers. Contemplate this: if the oil fields are destroyed, ISIS would struggle to sustain itself. Common sense would therefore suggest a United States-led Coalition to first destroy all oil facilities belonging to ISIS before carrying out any other operations.

According to the spokesman for the Russian Defense Ministry, Major General Igor Konashenkov, the United States-led Coalition has deliberately avoided Syrian oil facilities controlled by ISIS.

“Miraculously, only oil fields, captured by ISIS allowing the militants to earn tens of millions of dollars every month on illegal oil sales and recruit mercenaries from all over the world, did not come under the US bombardment,” Mr Konashenkov said.

Meanwhile, the United States-led Coalition has issued a report admitting that it has “unintentionally” killed at least 188 civilians in Syria and Iraq since the air campaign commenced against ISIS in 2014. Nonetheless, the number of civilian deaths has been contested. According to Amnesty International, investigations of 11 Coalition airstrikes in Syria, in October 2016, suggested over 300 civilian deaths, Amnesty said of their discovery. Amnesty revealed the U.S.-led Coalition recklessly bombs and kills innocent civilians, while at the same time lies about casualties.

“We fear the US-led Coalition is significantly underestimating the harm caused to civilians in its operations in Syria. Analysis of available evidence suggests that in each of these cases, Coalition forces failed to take adequate precautions to minimize harm to civilians and damage to civilian objects. Some of these attacks may constitute disproportionate or otherwise indiscriminate attacks,” said Lynn Maalouf, Deputy Director for Research at Amnesty International’s Beirut regional office.

This article (U.S.–Led Coalition Spares ISIS Oil Production Facilities in Syria, Kills Over 300 Civilians) is a free and open source. You have permission to republish this article under a Creative Commons license with attribution to the author and AnonHQ.com.