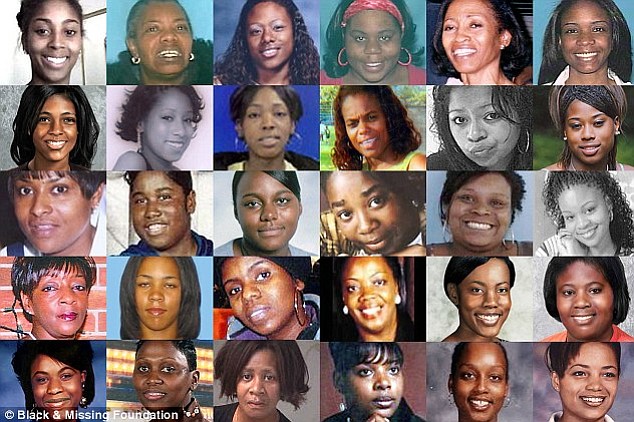 Late last month, DC Mayor Muriel E. Bowser told members of the DC community that she would create a task force to investigate the growing numbers of missing girls in the DC area. Over the past several months, reports have gone viral over the number of young black and Hispanic women who have gone missing. While the mayor seems open to investigating the matter further, the police have taken the stance that the numbers of missing children are not out of the ordinary, and that the majority of those reported are actually runaways. Police are always reluctant to admit that there is a problem in any area. Once they admit that a problem exists, the next connection the public will make is that the cops aren’t doing their job. In this case, dozens of minority young women and girls have gone missing without a trace. Some believe that the DC police stance that ‘there is no problem’ is in fact covering for their own involvement. While some may think that police involvement in the abduction and sexual exploitation of young girls is absurd, it has already happened twice in Washington.

Officer Linwood Barnhill was convicted on charges of pandering a minor and possession of child pornography after he was caught pimping out a juvenile female who was listed as missing. Barnhill picked up the 15-year-old, brought her back to his place where he then forced her to have sex with another man. Afterward, he paid her, had sex with her and took photos of her nude, and engaged in sexual acts. He allegedly was caught doing this again with a 17-year-old girl who was also reported missing. In his home, police found hundreds of condoms, which indicated that he was using girls like this to run an illegal brothel. Marc Washington was another DC officer who was caught exploiting a missing child. Washington encountered a 15-year-old girl who had been reported as missing and endangered. Instead of calling it in and taking the girl home, Washington forced the girl to take off her clothes and pose for him. The girl reported him and he was arrested shortly after. Police believed that his behavior was indicative of an ongoing pattern. Washington killed himself before trial. With dozens of young and underage girls going missing, and DC having a history of cops exploiting children, it is not outside the realms of possibility that the police are also involved today.

Despite the numbers, DC police are trying to say that the numbers of missing kids have not risen. However, many of the missing young women are just above the legal definition of a child, therefore not on any missing children’s lists. The mayor acknowledges that some of the missing may in fact be runaways, however, there has been little investigation to confirm if this is the case. The problem has even drawn the attention of Congress, where members of the Black Congressional Caucus have called for federal assistance to solve the problem. Whether or not the DC police are involved with the girls’ disappearances or simply attempting to distance themselves from their own incompetency, we will probably never know. The one thing we do know however, is that there is a problem in DC and that police are seemingly unwilling or unable to deal with it.

This article (DC Mayor Creates Missing Girls Task Force While Police Say They’re Just Runaways) is a free and open source. You have permission to republish this article under a Creative Commons license with attribution to the author and AnonHQ.com.