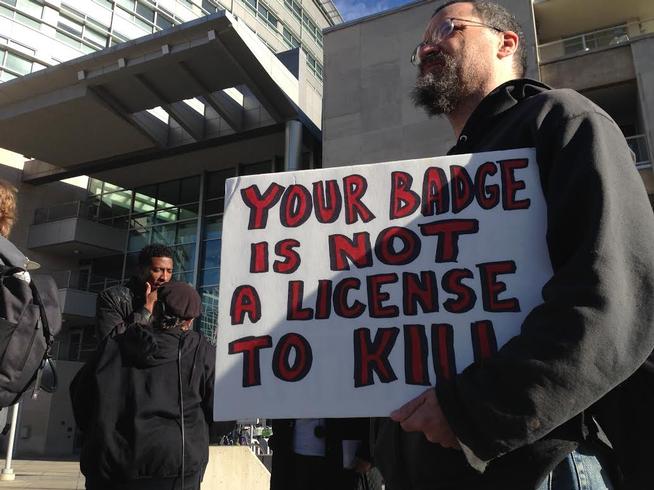 Anons in Denver have been preparing to march on the State Capitol this Valentine’s Day to protest the Denver Police and four very specific incidents of police violence which have occurred in the past seven months. Denver Anons meet and protest every fifth of the month on the steps of the capitol building, however, the Valentine’s Day protest is something different. This march is intended to bring international attention to four DPD shootings of unarmed citizens resulting in the death of two and the injuring of three. Most recently, 17 year old Jessica Hernandez was shot multiple times in her moving vehicle. According to Denver Police, officers opened fire after Hernandez fled from them, driving a stolen car. DPD asserts that Hernandez was shot as she struck an officer with her vehicle during her attempt to flee, however, witnesses on scene dispute this version of events. Hernandez had other teens in the car with her at the time of the shooting. Just prior to this incident, on January 9, another resident of Denver was shot by DPD. Sharod Kendell was shot four times by DPD officers as he attempted to raise his hands into the air while seated in his vehicle. When his foot slipped off the brake, the officers opened fire. Sharod lived but was shot in the arm and the groin. The other two recent questionable shootings by Denver Police include the killing of Ryan Ronquillo last July and the shootings of Carlos and Joel Jurado last November. All of the victims were black or brown, unarmed, and were shot while they sat in their vehicles. Denver Anons hope to bring awareness to the world about the increasing violence perpetrated by the Denver Police upon its citizens of color and are calling for Anons around the world to join them this Valentines Day. The rally is being organized with the consent of the families of the victims and is being held downtown at Lincoln Park, directly in front of the capitol building. For more information, please visit the Anonymous Denver Facebook page listed in the links below.