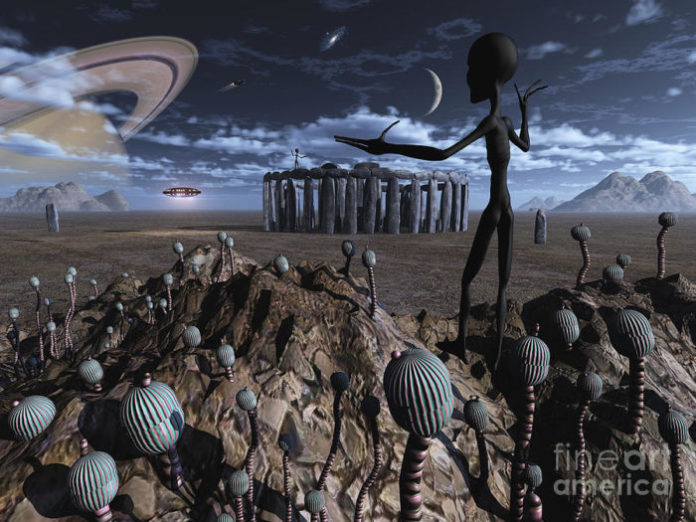 The existence of life beyond Earth, popularly known as alien life, is a highly contentious issue among researchers. However, based on the available evidence, it appears those arguing that alien life exists or existed is winning the debate. The British Theoretical Physicist, Professor Stephen Hawking explained some time ago that alien life exists. According to Hawking, in a universe with 100 billion galaxies, with each containing hundreds of millions of stars, it is unlikely that Earth is the only place where life has evolved. He said his brain has rationalized that there is life somewhere apart from what exists on Earth.

The Sunday Times quoted Hawking as saying: “To my mathematical brain, the numbers alone make thinking about aliens perfectly rational. The real challenge is working out what aliens might actually be like.”

Moving away from Professor Hawking and what his mathematical brain is telling him about alien life, a new study published in the journal Nature has shed some light on the topic. Although the objective of the study was not to look for alien life, the analytical stage of the study chanced upon a possible life somewhere apart from Earth. A team of researchers from University College London discovered ancient fossils in Canada’s Nuvvuagittuq Supracrustal Belt, which hosts some of the oldest sedimentary rocks known on Earth. The tiny microfossils were found to be half the width of a human hair and up to half-a-millimeter in length. Their appearance is of blood-red tubes and filaments, formed by ocean-dwelling bacteria that fed on iron.

When the fossils were studied, the researchers found they are between 3.77 billion and 4.29 billion years old. This makes these fossils the oldest ever to be discovered. The oldest microfossils previously reported were found in Western Australia and dated to 3.46 billion years old.

Lead author of the study, Matthew Dodd was quoted by Reuters as saying that if the dating is accurate, it would represent an almost instantaneous emergence of life after ocean formation. He said the discovery represents a significant milestone, demonstrating life existed on Earth at its infancy.

The researchers said their discovery shows “direct evidence” that life existed on Earth 4 billion years ago. They also stated that the emergence of life could be simple enough to begin on other planets.

However, the researchers acknowledged skepticism about whether the discovered fossils are biological in nature, or merely natural mineral formations.

“One of the big questions when it comes to early life studies is whether or not the organic carbon we find in these rocks is actually biological in origin,” Dodd said.

To answer the big question, Dodd and his colleagues used several methods; including laser-imaging to analyze the minerals associated with the organic material. They concluded that the presence of two minerals in particular – apatite and carbonite – provide strong evidence for life.

Moreover, the researchers said they noted that the microfossils’ structure closely resembles modern bacteria that dwell near iron-rich hydrothermal vents. The researchers then theorized that there’s no reason to rule out similar evidence of early life being found on other planets. “We could expect to find evidence for past life on Mars 4 billion years ago. If life happened so quickly on Earth, then could we expect it to be a simple process that could start on other planets?” Dodd asked, stating that Earth and Mars had liquid on their surfaces at the same time.

Of course, this is not the first time researchers are suspecting that life exists or might have existed on Mars. In November 2016, NASA said it was unable to rule out possible alien life somewhere in the universe. NASA reached this conclusion after it discovered methane gas on Mars in data brought to Earth by the Curiosity Rover, a car-sized robotic machine exploring Gale Crater on Mars as part of NASA’s Mars Science Laboratory mission. According to NASA researchers, the methane gas may have been produced by bacteria on Mars. Most methane on Earth is produced as a waste gas by living organisms, but there are many non-biological processes that can also generate the gas.

This article (Researchers Discover Oldest Fossils on Earth, Predicts Life Exists on Other Planets) is a free and open source. You have permission to republish this article under a Creative Commons license with attribution to the author and AnonHQ.com.