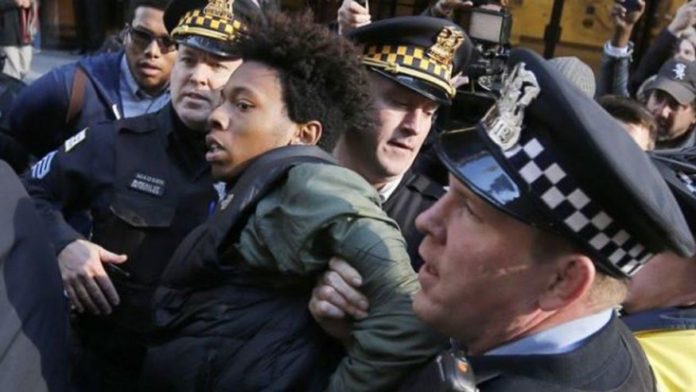 The Justice Department’s report of its investigation into the Chicago Police Department is one of the most terrifying of its kind ever written. The size and scope of the corruption described should not be understated. The report detailed how the Chicago PD routinely engaged in patterns of behavior that included using excess force – including deadly force – and unnecessarily escalated situations, thereby endangering themselves and resulting in force being used. Despite the numerous cases of Fourth Amendment violations and institutionalized racism, the DOJ has agreed to work with the city instead of clearing house and implementing departmental sanctions.

The report blamed the department’s lack of oversight, particularly where use of force and use of force complaints were concerned. The report described the systemic failures of the department as resulting from “systemic deficiencies in training and accountability, including the failure to train officers in de-escalation and the failure to conduct meaningful investigations of force.” Basically, police were allowed to do whatever they wanted and were backed by an administration who fundamentally did not care about the rights of the citizens of Chicago.

“One of my highest priorities as Attorney General has been to ensure that every American enjoys police protection that is lawful, responsive, and transparent. Sadly, our thorough investigation into the Chicago Police Department found that far too many residents of this proud city have not received that kind of policing, “ Attorney General Loretta Lynch stated in her letter to the press. ”The resulting deficiency in trust and accountability is not just bad for residents – it’s also bad for dedicated police officers trying to do their jobs safely and effectively.”

The Chicago PD weren’t the only ones under the gun from the DOJ. The Independent Police Review Authority, or IPRA, was also hammered by the DOJ report. The IPRA is the “independent” review board whose only job was to keep cops accountable. It wasn’t a good sign when after Lynch announced she would be launching an investigation into the IPRA and the Chicago PD, the head of the IPRA, Scott Ando, resigned. There has been an intense game of hot potato going on between the IPRA and the CPD. After the details of the Laquan McDonald shooting came out, both have attempted to shift blame and public outrage to the other.

The IPRA is basically an oversight group made up of ex-cops, whose job is to sweep the blatant use of force violations and other allegations of misconduct under the proverbial rug. It was uncovered in early 2016 that the IPRA would fabricate outcomes of complaints, telling the complainant that the situation had been resolved and the officer had been disciplined, when in fact, the opposite was true. The IPRA was a cover-up organization that worked hand-in-hand with the CPD to mislead the public, who had issued thousands of valid complaints.

To come to its findings, the DOJ investigators conducted ride-alongs with over 60 different officers, interviewed over 1,000 members of the community and met with more than 90 community organizations. They scoured police reports and examined thousands of use of force incidents. They found that the patterns of excessive force and civil rights violations were predominant in the black and Latino communities.

The report from the DOJ is scathing, yet seems to implement no punishment to a department fueled by racism and corruption. The DOJ has decided to work with the current leadership instead of taking what should be considered appropriate measures and replacing everyone in a position of leadership who has allowed these patterns of behavior to persist.

This article (DOJ Report Finds Chicago PD Engage Ongoing Patterns of Racism and Abuse) is a free and open source. You have permission to republish this article under a Creative Commons license with attribution to the author and AnonHQ.com.