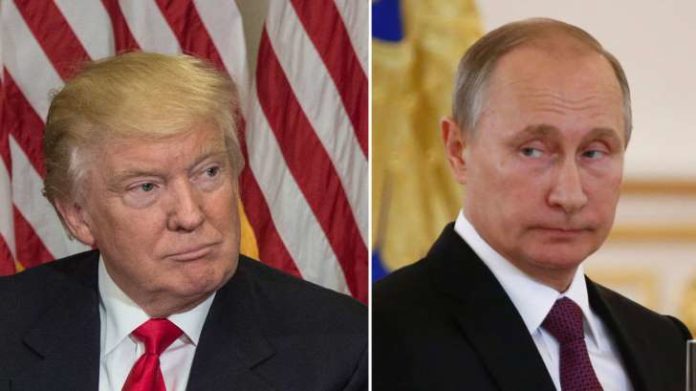 In 1945, when the war abruptly ended, the United States and Soviet Union were allies. The Nazis had been defeated and the Japanese had been dealt a powerful nuclear blow. Historians to this day argue whether the use of nuclear bombs swayed the Japanese surrender or if it was the pending Russian invasion.

Vice President Harry S. Truman found himself just 82 days into his service the president of the United States after President Franklin D. Roosevelt died suddenly from a brain haemorrhage. With a minimal high school education under his belt, Truman viewed Stalin a danger; claiming Communism a part of American foreign policy and a threat that must be contained.

Whether the Americans or the Russians started the Cold War isn’t up for debate, but the precursors and outcomes of its occurrence. The US and USSR were the two largest powers to emerge from the post-World War II era; both commanded massive forces and both had a strong distrust and fear of the other – as strong Communist vs. Democratic ideologies were globally championed.

The Cold War dates aren’t as specific as other wars but general historical consensus sets it at the period between 1947 and 1992, when the Soviet Union collapsed shortly after the Belin wall crumbled. The term “cold” referenced proxy wars rather than direct heated conflict, something we have witnessed in recent times. The Soviet-Afghan war, the Korean War in the 50s, the Cuban Missile Crisis and the US loss of the Vietnam War were only some of the many chapters of the Cold War era.

The Cold War for anyone born before the mid-eighties became an ingrained time leaving a significant impression and legacy – one of fear and dread, one of relief when it was over. Today isn’t so different. Thursday, 7 April 2017, may go down in the history books as the starts of another, if not new, Cold War chapter. Those who were born and raised as the Berlin wall fell and the Cold War declared over now understands the uncertainty their parents lived with. Any hope of US President Donald Trump strengthening ties with Russia has now been dismissed by President Vladimir Putin. Russia has announced formally that the United States is “one step away from military clashes with Russia.”

Never, since the Cuban Missile Crisis has such a standoff occurred between the superpowers. And make no mistake, a standoff is occurring. Where the Cuban Missile Crisis lasted for a drawn out 13-day confrontation over Russian (Soviet) ballistic missile deployment in Cuba, currently British nuclear submarines and NATO are deploying in the Mediterranean for patrols. The USS Porter and USS Ross – which released the Tomahawk missiles – remain in the region. Moscow has called off all communications with US forces, risking collision over Syria; they too have deployed the missile warship Admiral Grigorovich to Syria.

International flashpoints are several too – any one of them risking a war. North Korea and the South China Sea are primed for showdown with the United States, and now Syria teeters on the edge of an all-scale conflict. The doomsday clock edges closer to The End at 2 and a half minutes to midnight. Who will call time on the leader insisting on a unilateral approach with or without United Nations Security Council consent – and without Congressional approval? Who will whisper in Putin’s ear to stand down? There is no Mikhail Gorbachev and there is no Ronald Reagan. Although Trump says the US missile launch against Syria was a warning, it is more a warning to our own demise, to heed to our intelligence and instinct rather than our arrogance and stupidity. The ‘warning’ now risks wider conflict that no single man has the right to determine and that no side to the war can win.

This may stop Syria, yes. It will also stop the world in its tracks if the leaders show no caution. It has stopped the world citizen right now as we take pause, waiting for the next action. Détente is as distant now as it was during the Cuban Missile Crisis. Despite what occurs in Syria, a renewal of mistrust between the superpowers will linger again for years to come. All we can do now is sit, wait and hope.

This article (The Doomsday Clock Looms 2 and a Half Minutes to Midnight as Cold War Renews) is a free and open source. You have permission to republish this article under a Creative Commons license with attribution to the author AnonWatcher and AnonHQ.com.