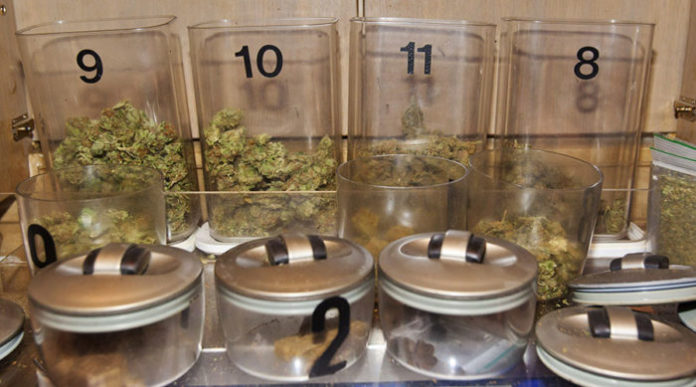 The Kingdom of the Netherlands has lax rules on marijuana as compared to other countries in Europe. Although the plant is not legal in the country, sale and use has been permitted at licensed venues such as coffee shops since 1976.

Possession and production of marijuana in the Netherlands for personal use, however, are considered misdemeanors, punishable by fines. Commentators say the country’s law enforcement officials process of dealing with marijuana growers provided a platform for criminal gangs to cultivate and control the plant. This led to the supply chain of the plant being fraught with violence – between gangs who controlled production sites. The scenario here is just like the alleged drug war in the United States, which is actually fueling the trade and making criminal gangs rich.

However, police will no longer go after marijuana growers in the Netherlands after a landmark decision by lawmakers. The lower house of the Dutch parliament has voted in favor of tolerating the cultivation of marijuana, a move that will also decriminalize the supply chain of the plant to the coffee shop industry. Previously, coffee shops were afraid to buy marijuana from illegal growers due to a possibility of fines from law enforcement officials. But this new law passed will regulate the supply chain. Marijuana growers will now be able to apply for permits to grow the plant. They can then sell their produce to coffee shops across the country.

The bill to decriminalize marijuana production in the country was introduced by a coalition of liberal and leftwing members of parliament. They won the vote narrowly, by 77 to 72. There was stiff opposition from centre-right and far-right parties, including the liberal-Conservative party of Prime Minister Mark Rutte.

After the vote, Vera Bergkamp, a member of parliament from the liberal Democrats 66 (D66) party, who proposed the bill, said it was a significant step for the country in ensuring the plant is regulated to benefit the population. She also stated that legalization and regulation is the best option to deal with the drug problem in the country.

“It is very important that we get a majority for our initiative bill to regulate cannabis production. If the bill makes it, we break a deadlock that’s lasted far too long and we and we accommodate all those mayors, municipalities and Dutch who want to get rid of the current skewed tolerance policy where you can sell weed, but cannot grow or buy it,” she said.

The bill will now be sent to the upper house for lawmakers to also express their views. It is expected that the upper house will give its backing to the lower house, which is considered the first representative of the people. Marijuana is illegal in most parts of the world. But recently, the trend has started to change. In 2013, the small South American country of Uruguay became the first to fully legalize marijuana. In the United States, although the country’s Drug Enforcement Agency (DEA) has refused to remove marijuana from schedule 1 of the Controlled Substances Act, the plant is gaining popularity across the country due to its medicinal qualities. The DEA has even admitted that states legalizing marijuana has significantly reduced marijuana smugglers from entering the country from Mexico. In 2016, data released by the United States Border Patrol showed marijuana seizures along the southwest border with Mexico have tumbled to their lowest levels in at least a decade. Border agents seized roughly 1.5 million pounds of marijuana at the border — down from a peak of nearly 4 million pounds seized in 2009. The reduction is due to the legalization spree of the plant by states in the United States. Marijuana smuggling is now unprofitable for criminal gangs because it is adequately available in the United States. This clearly shows that if drugs in general are legalized, the war on drugs would likely subside.

This article (Dutch Parliament Ends a Long Stalemate by Voting to Allow Cultivation of Marijuana) is a free and open source. You have permission to republish this article under a Creative Commons license with attribution to the author and AnonHQ.com.