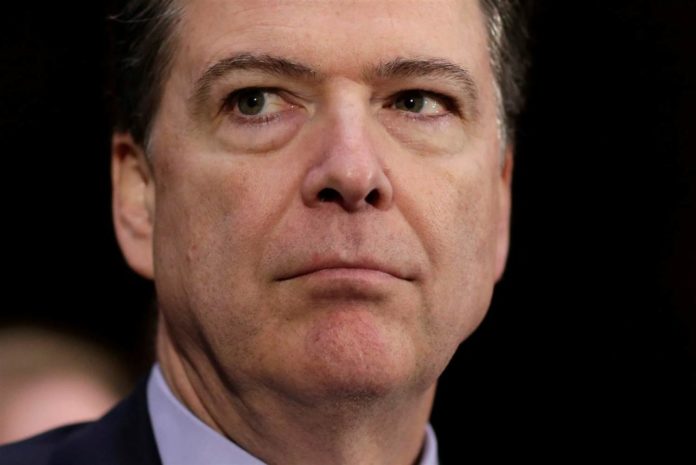 Glenn Greenwald posted a very valid tweet the other day pertaining to the laws surrounding the publication of signals intelligence or SIGINT.

The Tweet outlined the official statute on disclosing and publishing classified information, which can carry a penalty of up to 10 years in a federal prison.

Greenwald’s tweet pointed out to his followers that the Disclosure of Classified Information statue (18 USC 798) “does purport to criminalize ‘publishing’ SIGINT,” saying however, the First Amendment “bars” it. In other words, technically, journalists and the media are protected under the First Amendment’s “freedom of speech, or the press” when publishing leaked SIGINT disclosures, but that it is a very narrow distinction between what the Amendment says and what the statue asks. Publishers can, in effect, be prosecuted under 18 U.S. Code § 798 – Disclosure of classified information.

The statute on classified information does purport to criminalize “publishing” SIGINT: what bars that is the 1st Am https://t.co/r1CPMW9Mwx pic.twitter.com/ocTx4Eone9

Although the media, arguably, is mildly protected under the First Amendment, it doesn’t preclude intelligence officials who may have leaked the information.

The 18 USC 798 statute is closely associated to the recent intel breach involving the release of information surrounding General Flynn’s phone calls to Russia. At the same time, this breach highlighted the reality of US citizens’ communications being monitored under FISA 702.

Although the committee establishes in the hearing that eavesdropping on US citizens is illegal without a court order, Comey and Rodgers admit to “incidental collection” occurring.

Using the General Flynn case, attempts to establish the plausibility of intelligence officials committing treason also calls into question how other US citizens’ identities are jeopardized.

Reportedly, says Rodgers, only 20 NSA individuals have access to US citizen names intercepted – including himself.

NSA director Admiral Rogers was then asked to explain how Flynn’s identity was publicly ‘unmasked’ and leaked to the press – given that Rogers is the senior who oversees the stringent requirements to protect (mask) individuals.

Committee member Rodney asks, “Just basically under the breath of that [Washington Post] article, when we […] hear that nine former, […] or current officials had spoken to the press under the condition of anonymity, and we heard our director Comey and the Chairman speak of this is a potential crime — a serious crime — under the Espionage Act, assuming if this article is accurate, […] — who would be in a position to request the unmasking of General Flynn’s identity? Would that be you?”

Rogers’ answer is “yes,” along with his 19 colleagues that can extend to Director Comey and Director Clapper.

Almost 50 percent of NSA officials charged with being responsible for safeguarding SIGINT and safeguarding US citizens’ identities intercepted under FISA 702, have potentially committed a felony under 18 USC 798, if what Rogers says is correct.

Comey is further grilled on his knowledge of who could’ve unlawfully leaked the identity of General Flynn, who “was supposed to statutorily be protected,” and thus, will potentially leak further information about other US citizens. Committee representative US Congressman Trey Gowdy demanded an answer: “Well, I think, Director Comey, given the fact that you and I agree this is critical, vital, indispensable […] It would be nice to know the universe of people who have the power to unmask a U.S. citizen’s name. Because that might provide something of a roadmap to investigate who might’ve actually disseminated a masked U.S. citizen’s name […]

Gowdy then asks the million-dollar question, “Can you assure them [the American people] that it is going to be investigated?”

As the committee points out, the “sacred trust” between the intelligence agencies and the US people has conceivably been breached. In order to resolve the breach of trust, a conviction must ensue. But given Comey’s answer that there may not be an investigation speaks volumes.

Those guilty of breaching 18 USC 798 most likely will roam free. The likelihood of a gag order on media, however – even though protected under the First Amendment – is highly probable, following prosecution of the journalist responsible for publishing the leaked information. Although historically, this is yet to occur.

Trey Gowdy continues his grilling about the safety of journalists in this context, which Comey notably doesn’t give a definitive “answer to their safety from prosecution.

A member of Congress asked the Director of the FBI if journalists can be imprisoned for doing their jobs. Worse: Comey didn’t say “no.” https://t.co/WilKOIj5Wt


Whether FISA 702 will be renewed later this year is to be seen. In the meantime, it is reasonable to conclude that no US citizen caught in the loophole is safe, and that journalists will soon no longer be protected.

This article (FBI’s Comey Neither Confirms Nor Denies Prosecution for Journalists Who Publish Leaked Intel) is a free and open source. You have permission to republish this article under a Creative Commons license with attribution to the author AnonWatcher and AnonHQ.com.