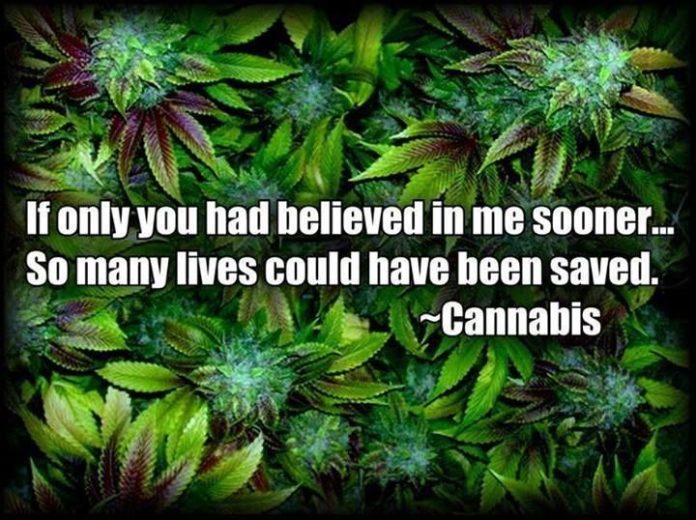 In a groundbreaking report, the World Health Organization (WHO) has declared that cannabidiol (CBD) — the relaxant property of cannabis used in medical marijuana — is beneficial for cancer, epilepsy, Alzheimer’s, Parkinson’s and many more diseases, AND should not be a scheduled drug.

According to the U.S. federal law, marijuana is classified as a Schedule I drug with “no currently accepted medical use and a high potential for abuse” alongside heroin, LSD, ecstasy, methaqualone, and peyote.

But WHO’s Expert Committee on Drug Dependence [ECDD] gathered scientific evidence on therapeutic use and side effects of cannabis and cannabis components, and confirmed:

“Recent evidence from animal and human studies shows that its use could have some therapeutic value for seizures due to epilepsy and related conditions. Current evidence also shows that cannabidiol is not likely to be abused or create dependence as for other cannabinoids (such as Tetra Hydro Cannabinol (THC), for instance).

WHO experts also recommended imposing stronger restrictions on fentanyl, a powerful synthetic opioid analgesic that is similar to morphine but is 50 to 100 times more potent and has taken thousands of lives in the U.S. drug addiction epidemic.

“I’m ecstatic that these international health leaders agree that CBD is a substance that should not be scheduled and has therapeutic value for a variety of medical conditions. We look forward to continuing our conversation about its many benefits in 2018.”

The report comes after widespread declassification of cannabis in North America and Europe. In the U.S., a total of 29 states, the District of Columbia, Guam and Puerto Rico now allow for comprehensive public medical marijuana and cannabis programs. In Europe, Greece, Czech Republic, Finland, The Netherlands, Portugal and Spain have legalized marijuana.

More than 100 peer-reviewed studies have concluded that cannabis cures cancer. Researchers at the University of Florida have found that the ‘gateway drug’ is alcohol, not marijuana. In fact, the National Cancer Institute in 2015 admitted marijuana kills cancer cells naturally.

The latest WHO report adds to the already existing overwhelming evidence of the efficacy of the plant. Hopefully, the U.S. will turn the page, and stop classifying marijuana in the near future.