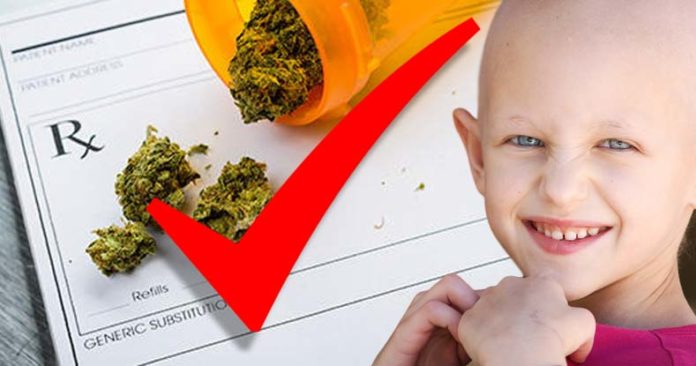 When medical cannabis is legal and accessible, fewer people would use prescription drugs, particularly painkilling opioid drugs. Then who would need brand-name drugs, the average price of which have increased 127% since 2008?

However, UK-based GW Pharmaceuticals is an exception. Sensing the inevitability of cannabis legalization – with the National Cancer Institute as well as the National Institute on Drug Abuse admitting cannabis kills cancer cells and over a 100 peer-reviewed studies concluding cannabis cures cancer – GW has smelled cash where Big Pharma once smelled competition: it has admitted that cannabis is effective in diminishing the mortality rate of people suffering from cancer.

In an exploratory phase 2 placebo-controlled clinical study of a proprietary combination of tetrahydrocannabinol (THC) and cannabidiol (CBD) in 21 patients with recurrent glioblastoma multiforme (GBM, a rare but very aggressive form of brain cancer), GW found that patients with documented recurrent GBM treated with cannabis-derived molecules (THC and CBD), in conjunction with an oral chemotherapy drug called temozolomide (currently used as a first-line treatment for glioblastoma multiforme), had an 83% one-year survival rate compared with 53% for patients in the placebo cohort.

The study showed that the median survival for the group was greater than 550 days compared with 369 days in the placebo group. Principal investigator of the study Dr. Susan Short, professor of clinical oncology and neuro–oncology at Leeds Institute of Cancer and Pathology, noted:

“The findings from this well-designed controlled study suggest that the addition of a combination of THC and CBD to patients on dose-intensive temozolomide produced relevant improvements in survival compared with placebo and this is a good signal of potential efficacy.

“Moreover, the cannabinoid medicine was generally well tolerated. These promising results are of particular interest as the pharmacology of the THC:CBD product appears to be distinct from existing oncology medications and may offer a unique and possibly synergistic option for future glioma treatment.”

In 2013, Dr. Wai Liu, an oncologist at London’s St. George’s University, had discovered that compounds derived from cannabis can kill cancerous cells found in people with leukemia. “Cannabinoids displayed potent anti-cancer activity and significantly targeted and switched off pathways that allow cancers to grow,” Liu told U.S. News.  He also acknowledged to The Huffington Post:

“Cannabinoids have a complex action; it hits a number of important processes that cancers need to survive. For that reason, it has really good potential over other drugs that only have one function. I am impressed by its activity profile, and feel it has a great future, especially if used with standard chemotherapies.”

Liu’s study was supported by funding from GW Pharmaceuticals, which already makes a cannabis-derived drug used to treat spasticity caused by multiple sclerosis. Moreover, Dr. David Potter, director of botany and cultivation for GW Pharmaceuticals, is developing a cannabis-derived treatment for psychosis and related illnesses such as schizophrenia at the only research facility in the U.K. licensed to grow cannabis on a vast commercial scale.

Meanwhile, GW – which grows cannabis, extracts compounds from it, and turns the compounds into prescription cannabinoid medicines – is nearing regulatory approval for a potentially game-changing cannabis-derived drug to treat children with severe epilepsy. It plans to file the drug, called Epidiolex, with the U.S. and the U.K. regulators in the first half of 2017, and with European authorities in the second half of the year.

While the Justice Department and the Department of Health and Human Services prohibits Americans from using cannabis to treat their illnesses, the U.S. Patent and Trademark Office is helping GW to claim ownership of cannabis as a drug in the prevention and treatment of Alzheimer’s disease, Parkinson’s disease, multiple sclerosis, prostate cancer, breast cancer, colon cancer, and psychotic disorders.

Why is GW embracing the power of cannabis? Is Big Cannabis – on the lines of Big Pharma – on the cards? Looks like. In September 2016, Germany-based pharmaceutical company Bayer bought U.S.-based genetically engineered seed producer Monsanto for $66 billion. Monsanto has ties with The Scotts Miracle-Gro, which has openly stated its intention to shell out up to $500 million to buy the cannabis industry.

This article (Finally, Big Pharma Admits Cannabis Kills Cancer Cells) is a free and open source. You have permission to republish this article under a Creative Commons license with attribution to the author and AnonHQ.com.