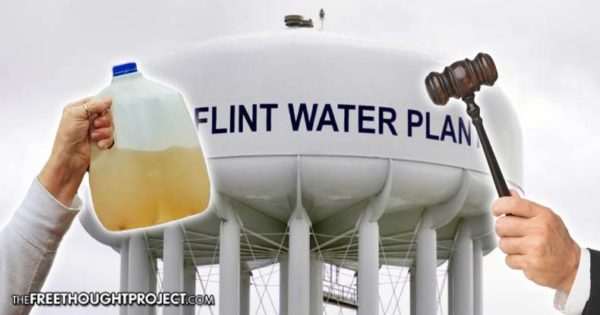 Early this year, we witnessed a very appalling situation in the city of Flint, Michigan, United States. The city’s water became contaminated with lead after a change in supplier in 2014.

Flint had switched from the Detroit water system to the Flint River, leading to the corrosive Flint River water causing lead from aging pipes to leach into the water supply. Officials switched the city’s water system, claiming to save money.

According to residents, despite the overwhelming evidence that their water had been contaminated with lead, city and state authorities continued to argue that there was nothing wrong with it. Nearly 100,000 residents of the city’s poor, mostly blacks, were exposed to high levels of lead. Health experts say lead exposure can cause disabilities and behavioral problems in children. During the worst period of the crisis, residents depended heavily on bottled water donated by benevolent individuals and organizations.

Although media attention of the incident has reduced significantly, the water crisis in the city has still not ended. Many residents are struggling to get clean and safe water for domestic use. Residents still rely on bottled water, which is very expensive to buy – with the poor being the hardest hit in the crisis.

Since the crisis was revealed, many concerned observers have urged the city to take legal action against the state for misleading its residents into thinking the water was safe. In fact, many top officials of the state were aware of the contamination, but decided to keep it away from residents. According to the Detroit Free Press, the Mayor of Flint, Karen Weaver, filed a notice of intent to sue the State of Michigan with the Court of Claims on March 24, 2016. Per court rules, March 24 was the last day of a 180-day limit from the time the city became aware of potential claims it could make against the state.

The Detroit Free Press reports that at the time Weaver was filing the notice, she had no plans to sue the state, but had to take the action to reserve the city’s rights should legal action have been warranted in the future.

But determined never to allow the city to drag the state to account for the crimes it committed against its residents, state governor Rick Snyder instituted a so-called Receivership Transition Advisory Board (RTAB) – a five-member body that has been empowered to exert partial control over Flint, on behalf of the state. When the RTAB got Weavers’ notice, despite it being a mere formality and preservation of protection for the people of Flint who had been poisoned by their government, the body quickly changed the rules.

Due to the change in rules, for Flint to bring a lawsuit against Michigan, it must now be granted approval by Snyder’s state-appointed board. To simply put it, the city of Flint has to ask the state for permission to sue it. The bordering of ridiculous and absurd…

As the RTAB continues to interfere in the internal affairs of Flint, in order to ensure that the diabolical objective of Governor Snyder is accomplished, many senior politicians in the state also support the obvious autocratic move.

Michigan House Speaker, Kevin Cotter reportedly told members of the house that the RTAB was constituted to avoid a reckless lawsuit that could throw the state budget into disarray and “undermine everything we’ve done for the city.”

Anna Heaton, spokesperson for Snyder wrote the Detroit Free Press in an email that the governance shift of Flint was intended to bring more involvement from Flint City Council and city officials, confirming that “the [advisory board] resolution also clarified that its approval was required before the settlement or initiation of litigation.” Even after using arbitrary powers to stripe Flint of its power to sue the state, both Snyder and Cotter are still pressing Weaver and her team to withdraw their intent notice.

What Governor Snyder and his cabals have done, has left concerned officials of Flint disappointed, worried and heartbroken.

“Previously, the city administrator had discretionary authority regarding litigation, now the city, including but not limited to the chief legal officer can’t initiate litigation and assert its rights in court without state approval, through the [advisory board]. The city continues to be significantly under state control, even after the departure of the emergency manager, and while accumulating significant obligations as a result of the decisions made by, and/or at the direction of emergency managers,” Chief Legal Officer of Flint, Stacy Erwin Oakes said on the creation of the RTAB by Governor Snyder.

This article (Flint Prepares for Lawsuit over Lead Poisoning, but the State of Michigan Removes Power to Sue) is a free and open source. You have permission to republish this article under a Creative Commons license with attribution to the author and AnonHQ.com.