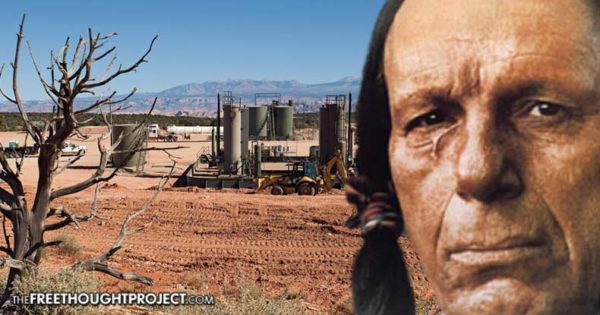 In August 2016, many Native American tribes from Wyoming, Colorado, and even as far as Oklahoma, joined the Standing Rock Sioux Tribe in North Dakota to protest against the construction of the Dakota Access Pipeline (DAPL). In fact, the protest was massive, bringing the United States to a standstill.

Despite the intimidations and harassments of protesters by the police, the natives managed to put a temporal hold on the construction. Chief of the Standing Rock Sioux tribe, David Archambault II has since taken the matter further by petitioning the United Nations to intervene, and permanently halt the construction of the oil pipeline. Chief Archambault II officially invited United Nations Special Rapporteur on the Rights of Indigenous Peoples, Victoria Tauli-Corpuz, to visit the area and see the damage caused by the construction. Chief Archambault II told the United Nations Human Rights Commission in Geneva on September 20, 2016: “I am here because oil companies are causing the deliberate destruction of our sacred places and burials. Dakota Access wants to build an oil pipeline under the river that is the source of our nation’s drinking water. This pipeline threatens our communities, the river and the earth. Our nation is working to protect our waters and our sacred places for the benefit of our children not yet born.” However, as Chief Archambault II and his people are in Geneva fighting for the right to their land, back in Washington, D.C., some officials are sitting in their comfort zones, busy with their planning on how to take more land from other natives.

According to the Free Thought Project, three years ago, Utah Congressmen Rob Bishop and Jason Chaffetz came up with a proposal called the Utah Public Lands Initiative (PLI). It is said the PLI aimed at turning more than a quarter of the Ute Tribe’s land into oil and drilling zones. The Ute people are Native Americans of the Ute tribe and culture. They live primarily in Utah and Colorado. Three years since the PLI was proposed, it is now reported that the proposal has metamorphosed into a bill known as HR5780. In fact, in some few weeks, HR5780 will be pushed through in the United States House of Representatives, meaning natives will lose their lands to the federal government. It is said this government grab of Native American land is the first of its kind in over 100 years.

According to the authors of the PLI, it is to build consensus among stakeholders in eastern Utah, designating lands for conservation and development. The authors wrote: “The Public Lands Initiative is a locally-driven effort to bring resolution to some of the most challenging land disputes in the state of Utah. The initiative is rooted in the belief that conservation and economic development can coexist and make Utah a better place to live, work, and visit.” When the PLI was announced, the Ute tribe formed a committee to discuss how best they can protect their land from the greedy government and federal officials. Given the recent destruction of sacred Native land at the Standing Rock Tribe during the construction of the DAPL, the Ute tribe has said they will not agree to the bill that will soon be passed into law, taking their land from them.

“The actions of Bishop and Chaffetz would seek to divest the Ute Indian Tribe of their ancestral homelands,” the committee wrote in an op-ed for the Salt Lake Tribune. The committee said that this proposal runs the risk of returning to “failed policies of tribal land dispossession that have had a devastating and lasting impact upon tribal nations for the past century.”

The Ute tribe said further that the bill would directly impact on 100,000 acres of Ute reservation lands, which is home to more than half of the tribe’s population. This land has been inhabited by natives for more than 11,000 years, as the rock paintings and petroglyphs demonstrate. Furthermore, the area in question is also well-known for its rich mining deposits, including uranium and potash with deposits of tar sands present, as well. For years now, oil and gas companies have been eyeballing the region for drilling. The corporations are hiding behind the two Congressmen in order to grab the rich land from the legitimate owners, at all costs.

This development in Utah has prompted comments from some concerned observers and activists. The social critic, Matt Agorist of the Free Thought Project said it is important to note that voluntary innovation and exchange of goods and services and legal land acquisition are not the problems in this scenario.  However, the problem here is that oil and gas companies are able to use the power of the government to grant themselves special privileges and land rights in order to grab large swaths of land, according to Agorist.

This article (Danger: United States Federal Bill Seeks Largest Native American Land Grab in 100 Years) is a free and open source. You have permission to republish this article under a Creative Commons license with attribution to the author and AnonHQ.com.