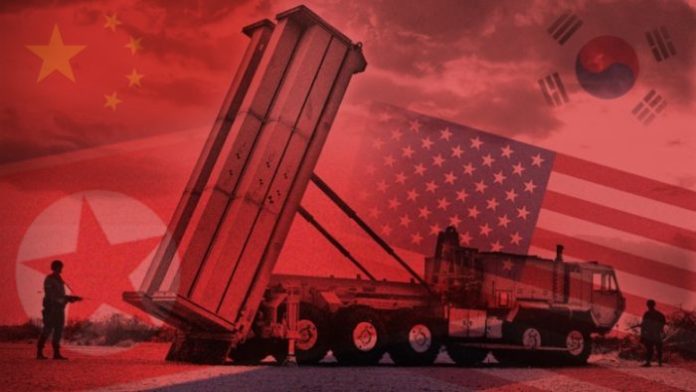 Tension is at unprecedented levels in the Korean Peninsula not seen since the end of the military conflict between the Communist-backed North and Western-backed South in the 1950s. Currently, U.S. warships are in South Korea participating in military drills. Over 28,000 U.S. troops are stationed in the country. President Donald Trump and his cohorts in Washington have said “all options are still on the table,” including military force to stop North Korea from pursuing its nuclear program.

But despite the rhetoric from Washington, Pyongyang is defiant. Since Trump ordered the deployment of the warships to the South, both U.S. and South Korean intelligence have confirmed these tests, claiming the missiles failed minutes after they were launched. As all is set for the installation of the anti-missile system, new developments are emerging from Washington that could see South Korea humiliated in this THAAD brouhaha.

President Trump has told Reuters news agency in an exclusive interview that South Korea will pay for the anti-missile system the U.S. is installing in the country. He disclosed the cost of the weapon to be $1 billion, which he said South Korea needs to be prepared to dole out to the U.S.

“I informed South Korea it would be appropriate if they pay. That’s a billion dollar system. We’re going to protect them. But they should pay for that, and they understand that,” Trump told the news agency.

Trump’s comments didn’t sit well with officials in Seoul, however. South Korea recently deposed its President for corruption; the country is preparing for a presidential election on May 9. The deployment of THAAD is proving to be a key deciding factor of the election. The fact of the matter is, the majority of South Koreans last year were skeptical of the weapon’s deployment, and the position hasn’t much changed. The candidate tipped to win the election, Moon Jae-in, has also taken a skeptical stance on the THAAD installation. He said the weapon shouldn’t be installed until a new government is formed at the Blue House. The Blue House, much like the US White House, is the Presidential seat of government in South Korea.

A top advisor to Mr Moon described Trump’s comments as “shameless” because the weapon is not meant to protect only South Korea’s interests in the region.

“It is shameless for the U.S. to ask South Korea to pay for THAAD given that they are deploying it not only to protect South Koreans but also Americans in South Korea, American territory and for the security of the region, “ said Kim Ki-jung, who serves as a foreign policy adviser to Moon. The South Korean Defense Minister, Han Min-koo also responded that the country is shocked by Trump’s statement. When it was agreed in July 2016 for the U.S. to deploy the weapon, Mr Han Min-koo said South Korea made it clear the country wouldn’t bear any cost. He said what South Korea agreed to do is to provide land for the installation of the U.S. weapon.

“There has been no change in our basic position that the South Korean government provides the site and infrastructure for THAAD … and the U.S. side shoulders the cost of its deployment, operation and maintenance,” the Defense Ministry said in a statement.

Apart from sparking this uproar in Seoul over who will pay for the THAAD, Trump also told Reuters he intends to renegotiate or terminate the free trade pact between the U.S. and South Korea. He described the current trade pact as “horrible” against the United States. Trump said he would deal with the trade agreement with Korea after his government trashes NAFTA with Canada and Mexico. But South Korean officials said they are yet to receive any request for the review of the trade agreement by the Trump administration. An unnamed senior official in the South Korean Trade Ministry told CNN the ministry is trying to figure out why Trump made this statement.

Already, South Korea is facing intense economic pressures from China over the U.S. deployment of THAAD. The world’s most populous country called on its citizens to boycott all things from South Korea. Initial estimates suggest the Chinese economic pressure could cost the South Korean economy over $261 billion this year alone.

This article (After Fooling Sth Korea into the Brink of War with Nth Korea, Trump Demands $1 Billion for THAAD) is a free and open source. You have permission to republish this article under a Creative Commons license with attribution to the author and AnonHQ.com.