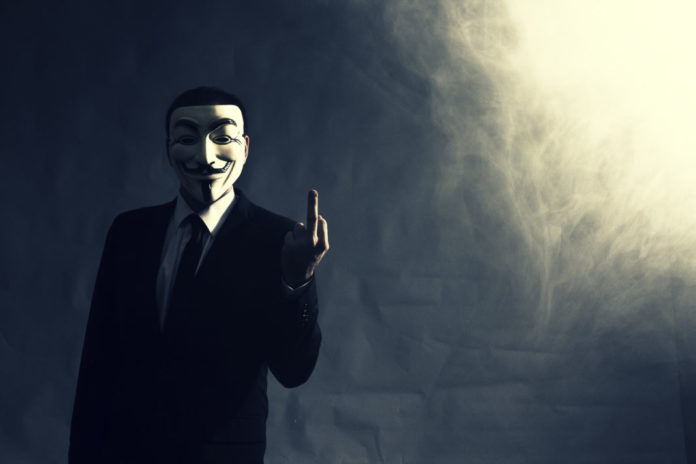 This report is not for those with fragile egos. It is not “politically correct,” nor is it within the boundaries of what society considers “acceptable.” There are some issues that, despite being real, despite being relevant, despite being honest, are not to be spoken aloud. This report is candid, and it is gritty, and it will make a lot of readers angry, but as the saying goes, “the truth hurts.”

Provided below is raw footage of the inauguration day riots in Washington DC from our boots-on-ground correspondent, freelance journalist Jake Anderson. Anderson estimated there were at least 500 or more masked Anarchists present, stating “at one point I saw a cop hit with a full size brick in the helmet which caused him to immediately buckle and fall to the ground like a sack of potatoes.” Protesters held complete control for an estimated 45 minutes, with police powerless to stop them.

You will not be reading any apologies for the actions of the protesters in this report, nor excuses, criticism or persecutions.

The nation and the world only gets worse with every passing week. We organize in our hopeless demonstrations, chanting “love” and “peace” while we watch little men in little badges beat our fellow countrymen with their little sticks, crying that they feel “threatened” as they’re covered in military-grade armor, waving military-grade weapons.

Those who deem themselves the “higher powers” love peaceful protests – when we’re truly peaceful, we’re ignored because we’re considered pushovers. All the “higher powers” are thinking, is that as long as we’re not rioting, they can keep up the corruption. We’re all docile sheep.

And if the peaceful protests turn violent, the “higher powers” love it even more because we’re only “proving their point.” This produces an immediate reaction in the form of additional suppression, as we’re now seeing with the current assault on the First Amendment. Either way, the common citizen struggles more, the citizen’s voice is ignored.

How did the Occupy Movement work out? A lot of people got their as*es kicked, bankers were never prosecuted, and we in fact had to bail them out. How did Ferguson go? They gave incompetent, overweight, under-trained jackasses military equipment, and let them loose on the people. And how are those at Standing Rock holding up? Under Obama, a corporation basically told the government to go f*ck itself, while the government happily bowed and asked, “Where’s the lube?” and now corrupt police are turning on their own citizens.

Who cares anymore? And what reason has our government given us to care?

We have a president who thinks it’s okay to grab women’s vaginas, so what does it matter if we break a corporation’s window? Police shoot children in the face with rubber bullets, so who cares if we slash some rich man’s tires? Elderly widows are kicked out of their homes for owing 27-cents to the bank, and people are pissed off because the windshield of some millionaire’s limousine was shattered? Give me a break.

The problem isn’t Trump, and to try and minimize the issues Americans face by blaming him or claiming he’s the only reason people are angry, is an insult. Trump is merely a symbol of the corruption that has long persisted in this country since… forever. From the massacre of our Native brothers and sisters, not to mention the theft of their land, to slavery, the creation of the Federal Reserve, the stock market crash of 1929, segregation, Japanese internment, and 223 years of war; this country’s history is nothing but one big, bloody stain, leaving many to wonder “what exactly do Americans have to be so proud of?”

Seriously, think about it. Why is everyone so proud to be an American? Because we’re told to be? Because we have a ton of cheesy, overly-patriotic songs? Because we’re “free”? How exactly are we free; in our minds? That’s some crap we tell our many prison inmates to help them cope with their life in a cage.

Perhaps it’s the Bush family’s long history of war profiteering we’re proud of, or Bill Clinton’s failed war-on-drugs, or the numerous innocent civilian lives that were claimed under Obama. Why is everyone waiving their little American flags with prideful tears in their eyes as though we’ve got anything to be proud of?

When many of us think of the U.S. government, we think of false flag attacks, fear mongering, illegal wars, not to mention the war crimes, illegal coups, torture, nuclear weapons by the thousands, constant Human Rights abuses, police brutality and rampant killings, corporate corruption that’s allowed to persist, fat greedy bankers who would screw their own grandmothers over if they thought they could earn an extra buck, mass surveillance, the prison-industrial-complex, corrupt educational systems, poisoned food and poisoned water, the destruction of mother nature in the name of profits, technology suppression… and the list goes on.

Those we’re supposed to look up to are allowed to kill innocent civilians indiscriminately abroad, while ignoring, often working against, and even killing their own people back home, and they’re going to get pissed off because we’re finally reaching our tipping point and are now showing our anger?

Nobody wants violence, nobody wants hatred, but evil breeds evil. If you’re ruled over by an evil government, that’s going to have both direct and indirect effects on the people. To all government officials: What exactly did you think was going to happen? You create violence with violence, and you create hatred with hatred. Take your medicine.

This report is not an advocacy for violence, but rather than simply persecuting those who are displaying their anger, it’s time for Americans to face the uncomfortable truths that the PC culture has convinced us is improper for “civil conversation.” Despite being accepted as fact, nobody likes talking about controversial issues like torture, which is why when you turn on the news, you’ll see tons of reports scolding those displaying their anger over these issues, but very few reports that talk about the issues themselves. It’s a distraction.

The anger within our society can be likened to a disease, and just like a disease, treating the symptoms (in this case, punishing the protesters), is not going to cure anything. You have to fight the disease itself.

If you want peace from the people, then give us peace. If you want the people to love their nation again, then give us love. Start prosecuting the bankers, stop taking money from corporations, stop fighting wars the people don’t want, and stop basing our democracy on lies and manipulations while trying to subdue the masses with mindless programming, useless educations, and police brutality. Until then, thing’s are only going to get worse for everyone, so suck it up and stop acting like a bunch of crybabies about it; you reap what you sow.

This article (Forget ‘PC Culture,’ Let’s Talk About Riots and Unpleasant Truths) is a free and open source. You have permission to republish this article under a Creative Commons license with attribution to the author and AnonHQ.com.