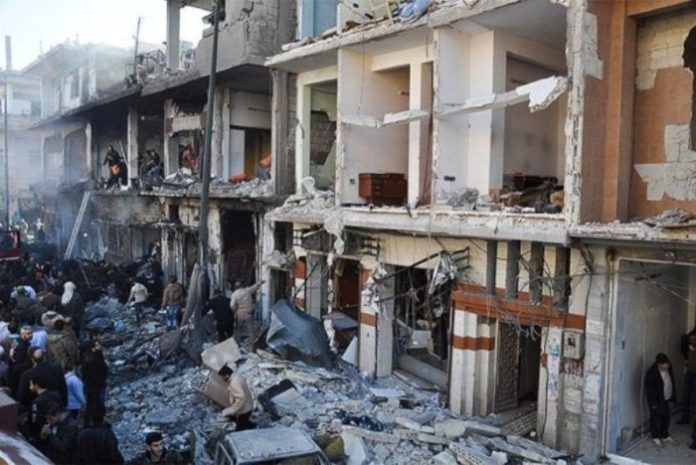 The United States-backed civil war in Syria is in its fifth year. Of course, the war has devastated the Syrian civilian population. More than half of the country’s 22 million people have been forced out of their homes. Media estimate the death toll, since the war began in 2011, at 280,000. However, the United Nations special envoy to Syria, Staffan de Mistura, has said in August 2016, that the actual death toll is over 400,000. In 2015, western mainstream media flooded us with pictures of fleeing refugees from the Middle East, mostly from Syria, arriving on European borders. It is believed that more than one million crossed into the continent. This year, the story hasn’t changed – the war is constantly ravaging lives and land in the country. Before the war, Syria was among the most beautiful countries in the world. Its population was flourishing, many were pursuing their dreams, and then the war changed everything. The horror and the devastation of the war are more than gruesome. However, apart from the human cost of war, one thing many of the media outlets have failed to focus on is the level of the country’s infrastructure damage. Aleppo, the largest city in Syria, has seen the brunt, and likely, the most devastation of any city in the country. Syrian government troops backed by Russian airstrikes have been trying to push the United States-backed rebels out of the city. This has made both the city’s human population and infrastructure extremely vulnerable. The Middle East, including Syria, has played a crucial role in human history. Some historians often refer to the area as “the cradle of civilization.” There are many ancient artifacts and historical monuments preserved to this modern world. The United Nations Cultural Agency, UNESCO, has marked up to six places in the country as World Heritage Sites. This means the United Nations has deemed it of special cultural significance to the world. But, because of the war, all these important monuments, sites and artifacts are being destroyed or looted. Not long ago, we published a story detailing how terrorist group ISIS had looted and smuggled important artifacts into Turkey, specifically for European buyers. Apart from the looting, the barrel bombs, shells and bullets from heavy weapons and machine guns have destroyed many of these important items and sites in the country. As you can see from the photos in this article, places in Syria were very beautiful before the war. But the war has completely destroyed such places. In the past, an organization known as Endangered Archaeology in the Middle East and North Africa (EAMENA) used aerial HD drone photos to show the toll of the war on the country’s infrastructure, including ancient monuments, historical sites and artifacts.

EAMENA embarked on this photo story in order to inspire change, and to tell the world how bad the war in Syria has become. Some concerned media outlets helped EAMENA in putting these photos together.

In the current photos we are showing, you can see crumbling buildings; debris-strewn streets, and shattered windows stretch across the decimated cities and towns of the country. In fact, these photos serve to remind us all of the horrors and brutality of war. No matter how far you are from Syria, these images strike directly at your moral compass, leaving you to wonder why humans do this to each other. The photos are sickening; forcing you to admit how the human race is the cruelest and most brutal on this planet. As it stands now, nobody can tell when the war will end. We can only hope for a better outcome, for Syria and its innocent people, for those bearing the brunt of this ugly war. But surely, the country has lost many of its treasures, and it will be very difficult to retrieve them. War brings nothing other than suffering, devastation and misery. Keep in mind that these photos you are seeing could be your city someday, if not, today. Let us do all that we can, to raise the awareness by launching a strong campaign against war and violence. We need to stand up today in order to save tomorrow’s future. Our future.

This article (Heartbreaking Photos Showing Before, and After Devastation of the War in Syria [Photos]) is a free and open source. You have permission to republish this article under a Creative Commons license with attribution to the author and AnonHQ.com.