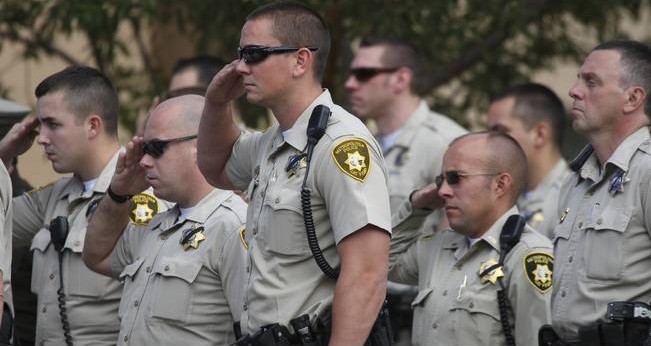 The horrific murder of Valerie Morrow is a recent reminder of the severity of America’s police domestic abuse problem. Morrow was shot to death by her ex-boyfriend, Philadelphia-area police officer, Stephen Rozniakowski, after she had just been granted a protection from abuse order against him. Rozniakowski had previously been charged with 75 counts of stalking.

The officer was reported to have quit his job before arriving at Morrow’s house, where he kicked open the door, shot her to death and wounded her teenage daughter before being apprehended at the scene.

In three more recent cases: Cleveland Police Officer, David Anderson, 51, was arrested for felony stalking and domestic violence; Officer, Joseph Glynn Jr., 26, of New Jersey was charged with domestic violence for assaulting a friend/acquaintance; and White Plains, N.Y. Police Officer, Keith Smalls, has been suspended without pay after a domestic dispute with his live-in girlfriend.

According to a 2013 study conducted by Bowling Green State University, after tallying news searches they found 324 cases of reported officer-involved domestic violence that year. However, as detailed by the National Center for Women and Policing, police cover-up for each other so the cases documented are most likely far below the actual numbers.

“A big part of police culture is the code of silence. The prosecutors depend on police for their cases, the police depend on each other—it’s a very insulated system.” – Diane Wetendorf, author of Police Domestic Violence: Handbook for Victims.

The problem isn’t only that police cover for one another, however, most often the crime isn’t reported at various levels. Either it isn’t reported by the victim out of fear, or the informal investigations aren’t reported to the state. Here is a chart showing the rise in reported police-involved domestic violence cases since Florida changed policies in 2007. It is now required that the arrest of an officer or corrections officer has to be reported to the state automatically. Imagine what the statistics would be like if all states held this requirement.

Unfortunately, no one seems to have a solution to the current problem. In fact, many officers charged with domestic violence have received promotions. Not only do they get away with their crimes, in many cases, they’re rewarded.