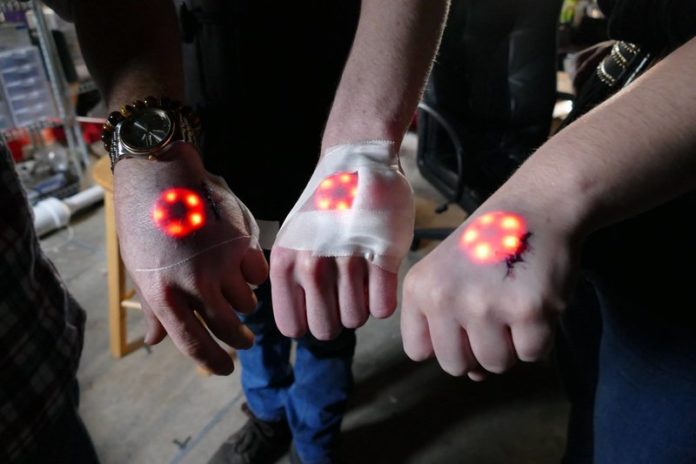 Boundaries are being pushed; technology advancement, cyborgs, science fiction blurs in with a dystopia. There are no real laws governing the system, no credentials required. A stall can be set up at a convention center and everyone can line up to be tagged. The consequences are more often than not shuffled in amongst the benefits – those who question the moral and ethical considerations are often stifled.

Is the “body hacking” movement a debate for ethical and moral objections and contemplations, or should the world embrace the modern technological advancements of the 21st century? The new movement has raised concerns as much as praise, but some say the philosophers of our time have led the side down.

Nevertheless, body hackers are here, and with them comes an unknown territory blindly embraced. The blur between human and cyborg has potentially arrived; but without regulation, can it be that science yet again leapfrogs ahead of any answers we’re yet to discover?

It isn’t just about the implantable RFID chips I’ve reported on in the past. The said chips, with their encrypted information, have already been trialed by Epicenter in Sweden to open doors, control photocopiers, access points and passwords. It’s about streamlining things, the advocates argue.  But this is something more.

Body hackers use their own body to experiment. Where the RFID perhaps unlocks the smartphone after a person is “chipped,” body hackers take the extra step.

Reports made by NPR present an unlikely insight into the movement. From the basic chip to LED lights implanted into a hand for the extremities to glow red, to a camera attached to the skull of a colorblind person; the ethical debate must be considered. At what point do we consider the consequences on health, privacy and our social values? Will the body reject the foreign item lodged under the skin? Will we eventually outcast those who refuse the technology? Will a superior race arrive? Why is it, a large portion of the medical community refuse to participate in such “chipping” procedures? Where is the regulatory body to oversee the booths set up for such procedures – not attended by surgeons –  in a convention center?

More questions than answers, no?

“More than the crazy concept, it’s actually people’s willingness to accept it. That’s why it’s crazy to me,” Sasha Rose at a convention, told NPR reporter Eyder Peralta. “People are just willing to just line up and go, ‘Yeah, stick that in me.’ ”

But the world is viewed differently…

Body hackers will tell you with conviction that science can “improve the human body instead of just fixing what’s broken.”

Another advocate, Ryan O’Shea – whose Grindhouse company was responsible for LED implants under the skin –  likened it to granny’s pacemaker: “You know, the era of transhumanism, I would say, is here. So let’s accept that and then see where that logically takes us.”

But is it logical to just “accept” and see where it “takes us?

Neil Harbisson identifies himself as a “cybernetic organism,” after having a camera surgically attached to his skull to identify colors with musical notes.  He also co-founded Cyborg Foundation to campaign for “cyborg rights,” but only after he had to move from Europe to New York because of social implications.

And while we’re on the topic of science fiction blurring into reality…it’s a debate that I often wonder how military officials would tackle. Why are government bodies allowing this deregulation of chipping to occur?’ My guess is the technology already exists and they’re watching the human trials with as much anticipation as the body hackers. Will the normal citizen even get a look in with infrared sight? Dubious. Imagine the US mil—… eh…terrorists’ ability then…but I digress.

This article (Body Hacking: Is it “A Con as Unique as its Attendees?”) is a free and open source. You have permission to republish this article under a Creative Commons license with attribution to the author AnonWatcher and AnonHQ.com.