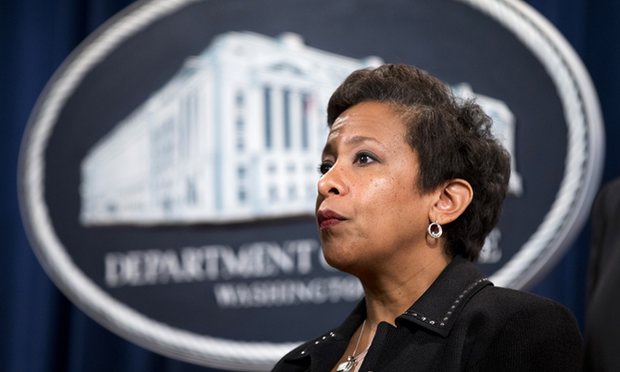 According to FBI director James Comey, it’s “embarrassing and ridiculous” that media outlets – like the Guardian and the Washington Post – have compiled a better analysis and tracking of police killings, than the federal government. “It is unacceptable that the Washington Post and the Guardian newspaper from the UK are becoming the leading source of information about violent encounters between US police and civilians. That’s not good for anybody.” Comey’s statement only highlights how much importance the government places on the police shooting problems – none. Attorney General Loretta Lynch announced that in response to the outrage, for their overlooking such an important statistic, the government would now implement an open-source database to track all law enforcement related deaths. The DOJ shared their plans with the Guardian who currently run a website called The Counted, which has attempted to do what the Justice Department has not. The Bureau of Justice Statistics will use the system to replace what was once called the Arrest Related Death Report – a now defunct report that was populated with primarily, voluntarily submitted information from police agencies. Needless to say, the ARDR was discontinued in 2014, due to the fact that information was grossly under-reported. So far, in 2016, The Counted by the Guardian has reported 865 Americans killed by police. The leading demographic by race of individuals killed, by police, are Native Americans, with a rate of 5.49 per million. This is closely followed by African Americans who are killed at a rate of 5.16 per million. The numbers of everyone else total less than half of all police killings.

The only reason we have this information is because of the work put in by citizens around the world who contribute to the Guardian’s database. The level of detail that comes from The Counted website should not have to come from concerned citizens, but from a concerned government, whose job rests with protecting its people from all foes, foreign and domestic.

One thing not mentioned by Lynch, or the Department of Justice, is the tracking of individual acts of police violence; all use-of-force incidents are supposed to be documented via a separate report from the officer’s incident report. Collecting this data on a state by state basis shouldn’t be an issue. While there have been 865 police-related deaths this year, the number of those abused by police without recourse, far outnumbers that particular figure one-hundred-fold. Russia Today reported in July, that so far in 2016, over 55,000 Americans had been injured at the hands of police. While tracking police-related deaths is a step forward, it fails to address the nearly one hundred thousand people per year who end up in the hospital at the hands of over-zealous cops.

The new system would include data reported from 19,450 law enforcement agencies and 685 coroner’s offices. Reporting from these agencies would no longer be done on a voluntary basis. After the monthly reports come in, The BJS would tally the information which would then be accessible through their website, which will be developed. Police have always acted autonomously for the most part, with little interference from the federal government or even state regulators, for that matter. This step, which is being taken by the Justice Department, besides being long overdue, will help make police shooting statistics far more transparent than they ever have been in the past.

This article (Justice Department Set to Start Tracking Police-Related Killings) is a free and open source. You have permission to republish this article under a Creative Commons license with attribution to the author and AnonHQ.com.