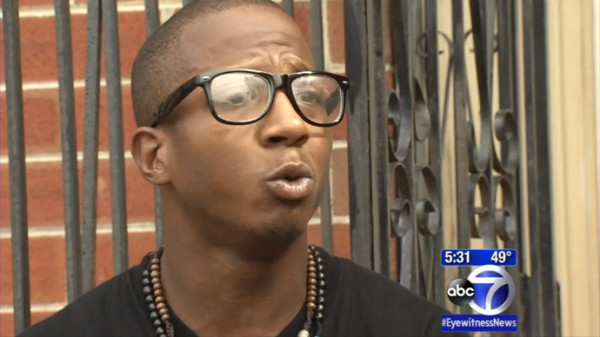 After spending three years without trial at the Rikers Island Prison, Kalief Browder has committed suicide at his parent’s home in the Bronx, by hanging himself.

Browder’s sad story begun when he was accused of stealing a backpack. According to activists who have closely followed Browder’s case, during the three years he spent at the New York City Jail complex, he was held in solitary confinement for more than two years.

Browder has consistently denied that he committed such a crime, and in October 2014, after his story was told in The New Yorker, it became a symbol of what many saw as a broken criminal justice system in the state. It is said he even refused several offers from prosecutors to take a plea deal, including one that would have allowed him to be released immediately. He was indeed determined to prove his innocence in a crime he never committed. Prosecutors finally decided to let him go, after having taken three precious years of the young man’s life. He lost the education he was perusing before being arrested and it affected his entire life thereafter.

The author- Jennifer Gonnerman, who first wrote about him on the newyorker.com, said in an interview after his death, that it appeared he was never able to recover from the years he spent locked alone in a cell for 23 hours a day.

In jail, he had tried to commit suicide several times. He told Jennifer that he was repeatedly beaten by correction officers and fellow inmates. It is said all these abuses were clearly captured by surveillance cameras, but prison officials never bothered to stop it. When Browder was released, he tried to put his life back on track. He earned a high school equivalency diploma and started community college, but it is said his ordeal at Rikers badly affected him.

He again told Jennifer he was afraid of being attacked on the subway. And before going to sleep at night, he checked to make sure every window in the house was locked. Clearly, he had suffered a mental problem from his unjustified detention.

“He almost recreated the conditions of solitary, shutting himself in his bedroom for long periods. He was very uncomfortable being around people, especially in large groups,” Jennifer said.

As it has become clear that there are fundamental problems with the criminal justice system in the state, and this has ultimately contributed to Browder ending his life, Mayor Bill de Blasio, has said frantic efforts will  be made to reduce the inmate population at Rikers. The mayor also said it is unacceptable for Browder to have been treated that way, calling for the strengthening of the health system as well. “There is no reason he should have gone through this ordeal, his tragic death is a reminder that we must continue to work each day to provide the mental health services so many New Yorkers need,” he said.

For many activists, politicians will always find sweet words to say after a disaster has struck, but will never demonstrate and translate such sweet words into action. Many are hoping that an end will be brought to this brutal law. Currently, a family and community are suffering from the pain of their loss. Efforts should therefore be made to ensure that this does not happen again!