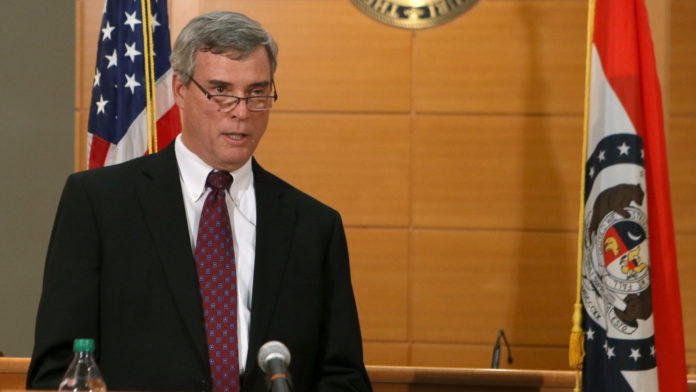 In a case that has given rise to racism, hatred, anger and a screaming call for justice against police brutality, the testifying of witnesses has been called into question. Bob McCulloch, the St Louis county prosecutor in charge of the Michael Brown case has stated that there are some obvious mistruths in some of the witnesses’ statements before the jury.

One notable case, he states, is the account of one woman who claims to have witnessed the shooting even though she was ‘clearly not present.’ McCulloch continues to pull the claim apart by saying ‘she recounted a story right out of a newspaper’ which happened to coincide with Officer Wilson’s accounts of that day.

Regardless of the admittance, McCulloch won’t be chasing perjury charges against these witnesses.

“It’s a legitimate issue, but in the situation — again, because of the manner in which we did it — we’re not going to file perjury charges against anyone. There were people who came in and yes, absolutely lied under oath. Some lied to the FBI — even though they’re not under oath, that’s another potential offense, a federal offense.” McCulloch was quoted on NPR. He goes on to say “But I thought it was much more important to present the entire picture and say listen, this is what this witness says he saw — even though there was a building between where the witness says he was and where the events occurred, so they couldn’t have seen that. Or the physical evidence didn’t support what the witness was saying. And it went both directions…” [1]

In the KTRS interview which can be viewed below, McGraw poses the valid question to McCulloch as to why he would allow (with the knowledge that a witness was flat out lying) a witness to testify in the case before a jury. McCulloch’s response was more or less a damned if you do, damned if you don’t approach, and that he held faith in the Grand Jury to decipher the accuracy of the statements given, regardless. One now must consider the legitimacy of McCulloch and his decisions. In a case that is still simmering with the public, one must question the tactics of not only the police department and departments surrounding their policy and training, but also the ability of the jury in this specific situation. Were they misled? Were they given the entirety of the picture if the lead prosecutor knew and has admitted to unreliable witness testimony?