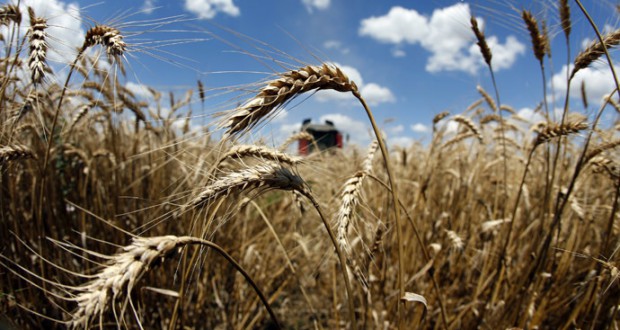 Did you know that the United States consumes more than the rest of the world? Consider these facts:

High demand for the US dollar is behind these astonishing figures.  The international monetary system that emerged from the Bretton Woods Conference at the end of the Second World War was heavily tilted towards the US and further established the country as the dominant economic power and the main creditor nation. The World Bank and International Monetary Fund were created to serve the US interests.

After 1945, Washington was able to successfully exploit the labour and the material resources of poor countries. The petrodollar system ensured that imports into the US were cheap and readily available. In the 1970s, the rising oil prices allowed a huge flow of Saudi Arabia’s oil profits to Washington. At the same time, countries in Africa were hit hard by the inflated cost of oil. US lent its oil profits to these poor nations and the process ensured their continued servitude to Washington [2].

Things are changing now. Russia and China have started conducting bilateral trade and energy deals in their own currencies. At the 2014 APEC CEO Summit in Beijing, Russian President Vladimir Putin said, “Direct settlement between the Yuan and the Rouble is very promising. It can increase bilateral trade and influence the international energy and financial markets. If Russia and China can settle large energy deals with their own currencies, it will diminish the role of US dollar in the world’s energy market”.

The dollar is still world’s reserve currency and still retains a hold over the global monetary system, despite the emergence of the BRICS. However, once the dollar loses this role (with more diversification in trade settlements), the US economy will experience a sharp decline and the cost of its imports will increase strikingly.

How does the US avoid this? By reorganising economies so that nations live within their economic and environmental means. A changed set of attitudes and beliefs towards agriculture and food production is crucial to this alternative approach.

However, Monsanto and its agribusiness lobby continue to colonise areas of agriculture. The ‘green’ revolution was exported to poorer countries thanks to the oil-rich Rockefeller family. These countries were forced to adopt petrochemical-dependent agriculture that required loans for inputs and infrastructure like construction of dam. Implementation of mono-crop and export-oriented policies entailed uprooting traditional agriculture and trapping poor nations into a globalised system of debt bondage, structural adjustment of economies and rigged markets. The dollar remained king.

This system produced poverty, dependency and food insecurity [3]; still we are made to believe that this petrochemical-dependent agriculture and more GMOs is the only solution to feed the increasing world population. Those who favour this system ignore the fact that oil and water is scarce, resource-driven conflicts are increasing, humans are becoming more ill due to the food production process and soil fertility is diminishing. Adopting a locally based organic and ecological farming system less reliant on petrochemicals is the need of the hour. This also means less emphasis on meat production which is highly land, water and energy-input intensive [4].

Supermarkets in the US and Europe are flooded with meat and exotic fruits from across the world, most of the times infested with chemicals and hormones to boost profits. For the Western consumers, luxuries have become necessities but they don’t realise that they are also victims in the modern food chain.  Countries must be self-sufficient and not expect poorer countries and farmers, who can’t properly feed themselves and their local communities, to produce their food.

The so-called stockists of moral righteousness in politics and the corporate media always criticize welfare recipients within their own societies for being spongers. Well, their own food comes from sponging off the world’s poor who receive a pittance for their agricultural labour [5].

The current economic system, globalisation and development model suits the interests of Western oil and banking magnates, land and commodity speculators, global agribusiness and power holders. People want solutions for hunger, poverty and conflict but are told there is no alternative to what exists. There is.

According to Daniel Maingi who works with small farmers in Kenya and Growth Partners for Africa, the solution lies in “taking capitalism and business out of farming and investing in indigenous knowledge, agro-ecology, education and infrastructure and standing in solidarity with the food sovereignty movement” [6]. This means resisting the US strategy of using agriculture as a geopolitical tool. As is the case with Navdanya (a women centred movement for the protection of biological and cultural diversity) in India, it involves challenging the corporatization of agriculture and embracing locally owned sustainable agriculture that is rooted in the needs of communities [7].

Toxic GMOs: The Truth Senators and Monsanto Tried to Hide

Monsanto Teams Up With Starbucks