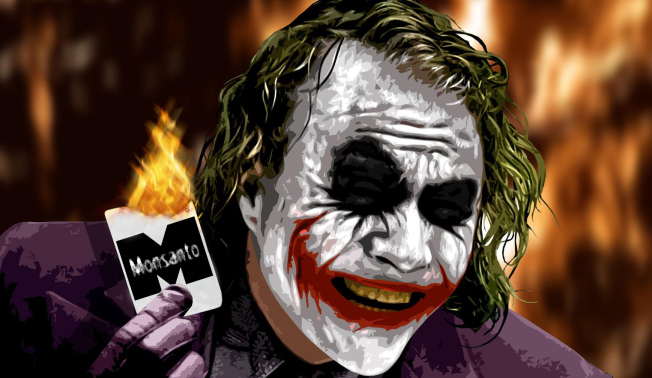 Concerned about potentially dangerous GMOs? You’re not alone. Over 90 percent of consumers want food labels to say if a product is made from genetically engineered ingredients or seeds. With studies linking GM food to a rise in cancer rates, allergies, toxins, diseases and nutritional issues in the western world, it’s only fair to let the public to make an informed choice in the supermarket aisle.

Unfortunately, the majority of senators voted against your right to know what you’re eating. In 2013, an amendment to the farm bill could have allowed individual states to pass their own laws on whether GMOs are labeled on packaging. 64 nations already have some form of mandatory labeling system, including members of the European Union, Australia, Brazil, Turkey, China, Russia and South Africa. The Senate voted against following suit with an overwhelming majority of 71 to 27.

But why are our representatives refusing to look after our rights? As usual, it looks like ties to multinational corporations are being placed before your needs.

Global biotechnology and agrochemical leader Monsanto is the number one donor in the agricultural lobby, so it’s difficult to see things working in their favor as a mere coincidence. In 2012, the company donated nearly $6 million to the lobby. When you include input from Scott’s Miracle-Gro (Monsanto’s controversial ‘roundup’ product), an additional $925,000 was paid to political candidates themselves. Click here to see a list of the Senators which voted against labeling GMOs.

Chair of the Agricultural Committee Senator Debbie Stabenow (Democrat-Michigan) is a strong supporter of GMO manufacturers like Monsanto. Her speeches often focus on the myth that geneticmodification is helping to end world hunger, and she has failed to answer how GM labeling in the U.S. would have any impact on this overseas ‘help’.

Monsanto’s poisoning of the foods we eat hasn’t escaped unnoticed. Shortly before 2013’s Senate vote over two million people protested in a march against the giant. There was very little media coverage of the event.

Monsanto has a tarnished history, to say the least. Not only did it produce Agent Orange and itspoison Dioxin, but it also sold toxic insecticide DDT and the hormone rBGH, used to increase milk production in cows, but linked to cancer and hormone imbalances in humans.

Modern fears revolve around the patenting of seeds. By putting a toxic gene into a cell, Monsanto can claim unique rights, tying farmers across the globe into strict contracts and suing those who don’t comply. GMOs are leading to the emergence of superpests and superweeds, destroying natural habitats and unstabling environments across the world. The Scotts Miracle-Gro Company continued to sell poisoned birdseed, even after their own chemist warned them it was toxic.

The Future of GMO Labeling

The Senate’s vote last year led to widespread outrage, and this year things looked set to change. California could have been the first state to mandate the labeling of GM foods, when the huge Proposition 37 campaign achieved an overwhelming majority in a mid-September poll. However, Monsanto’s $46 million spend on misleading propaganda eventually overshadowed the Right to Know campaign in November, with results of 53% in favor of keeping GMO status off labels.

It was a similar story in Colorado and Oregon, where biotech giants and food industries spent millions on confusing voters, leading to loses in the votes. Despite these setbacks, there have been some huge leaps forward in consumers’ right to know what they buy. Illinois, Massachusetts, New Hampshire, New Jersey, Pennsylvania and Rhode Island have all introduced new legislation to label GMO foods. 2015 will see further discussion into GMO labeling, when it comes under the Northern American Sustainable Foods Summit in January. These successes have proved that wealth and influence doesn’t have to make an issue go away.

Monsanto Teams Up With Starbucks