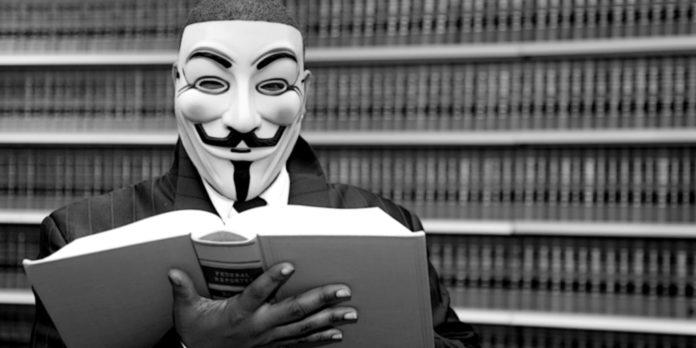 Since 2015, the topic of jury nullification has slowly been gaining recognition, and the courts do not want people to know about this right. Jury nullification allows any juror to judge both the facts of the case as well as the validity of the law itself, meaning if the jury finds a law to be unjust—even if they know the defendant to be guilty—they can rule in the defendant’s favor. Throughout the decades, judges have tried to stifle this legal tradition by prohibiting attorneys from informing the jury, so of course we here at AnonHQ thought everyone should know.

Jury nullification occurs when a jury returns a verdict of “Not Guilty” despite its belief that the defendant is guilty of the violation charged.  The jury in effect nullifies a law that it believes is either immoral or wrongly applied to the defendant whose fate that are charged with deciding.

Once a jury returns a verdict of “Not Guilty,” that verdict cannot be questioned by any court and the Double Jeopardy Clause of the U.S. Constitution prohibits a retrial on the same charge. In most jurisdictions, judges instruct jurors that it is their duty to apply the law as it is given to them, whether they agree with the law or not. In only a few states are jurors told that they have the power to judge both the facts and the law of the case. Most judges also will prohibit attorneys from using their closing arguments to directly appeal to jurors to nullify the law.

Ironically enough, the matter drew attention thanks to some overzealous police officers who disobeyed a court order by removing activists from the front of a Colorado courthouse. The activists were passing out jury nullification literature, and had been given permission to do so by a federal judge.

With the failed “War on Drugs” and the highest incarceration rate of all Western Nations, could jury nullification be a means for American citizens to finally take matters into their own hands and repair the damage caused by the Prison-Industrial-Complex?

1 in Every 100 Americans Are in Prison

Opponents of jury nullification claim it is “undemocratic,” and that laws are to be developed by elected representatives and not citizens. Never mind that democracy doesn’t exist in this country or that the election process is a joke, the fact that 1 in 100 Americans are behind bars proves there is not enough power in the hands of the people, and that the laws our so-called elected officials are developing are only causing damage.

In the case of Weldon Angelos; at age 24 he was sentenced to 55 years in prison with no possibility of parole for selling small amounts of marijuana—a substance that is now increasingly becoming legal—with a gun in his possession. Paul Cassell, the judge who sentenced Angelos, even disagreed with the mandatory minimum he was forced to impose:

Weldon Angelos’ case is the perfect example of where jury nullification would have come in handy… If the jury had known about it. The majority of reports found indicate that in the end, jury nullification is an accepted legal tradition, however some judges and legal institutions still fight the act by rewording it to confuse or change its meaning.

The fact that judges have prohibited attorneys from even mentioning it to jurors, and that citizens are being arrested for handing pamphlets out to educate the public, proves that jury nullification is a cause of concern for fascist officials everywhere. Therefore, we suggest educating yourselves further on the matter in each of your States, and perhaps next time you find yourself on jury duty about to send a kid to prison for the rest of his life for a non-violent, first time offense, you can exercise your power as an American citizen and do what no politician can; the right thing.

This Article (Learn about Jury Nullification – The Government Would Prefer You Didn’t Know) is a free and open source. You have permission to republish this article under a Creative Commons license with attribution to the author and AnonHQ.com.