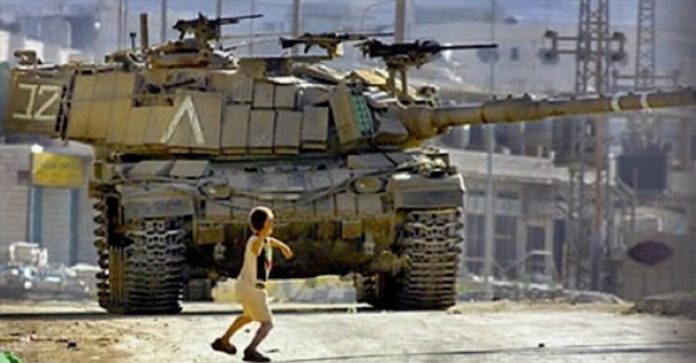 Israeli police are officially permitted to use deadly force against stone-throwing Palestinian teenagers, according to updated regulations made public on Tuesday by an Israel-based human rights organization.

The new open-fire regulations, revealed by Adalah, a rights organization and legal center that defends Palestinians living in Israel as well as the occupied territories, state that “an officer is permitted to open fire [with live ammunition] directly on an individual who clearly appears to be throwing or is about to throw a firebomb, or who is shooting or is about to shoot fireworks, in order to prevent endangerment.”

Vetted and authorized by Israeli Attorney General Avichai Mandelblit, the official regulations specify that “stone throwing using a slingshot” — a common tactic among Palestinian youths living under Israeli occupation — is an example of a situation that would justify fatal recourse. Previously, lethal force had been reserved as a final option when confronting such behavior.

Just last month, Israeli troops shot dead a 15-year-old Palestinian boy because they “mistakenly” associated him with a group that was throwing stones.

“The new regulations allow officers to act in an unchecked and criminal manner,” said Adalah attorney Mohammad Bassam. The chances that actions such as stone throwing or shooting of fireworks would present a life-threatening danger are extremely slim and there is no doubt that it is possible to handle such situations using non-lethal means.

“Nevertheless,” Bassam continued, “the new regulations relate to such actions as if they were acts of war and grant legitimacy to light-trigger fingers [among officers], thus posing a fatal danger to the lives of young Palestinians.”

“In addition,” he said, “it is clear that the regulations do not refer to just any stone throwers but that they were written specifically regarding Palestinian youths.”

The new measures were first approved by Israel’s security cabinet in September 2015, according to Al Jazeera, after Israeli Prime Minister Benjamin Netanyahu declared “war” against those who throw stones.

As Al Jazeera‘s Nigel Wilson notes, “The move brought the Israeli police force’s rules of engagement into line with the Israeli military operating in the occupied West Bank,” where the forces “have faced criticism for the way they interpret the ‘threat to life’ and their subsequent use of lethal force against Palestinians.”

The updated regulations were only revealed in part as Israel police continued to censor significant portions which, according to Adalah, likely regulate the use of the Ruger rifle — a U.S.-made sniper rifle commonly used by Israeli forces against demonstrators and stone-throwers — or concern the handling of “security-related” offenses.