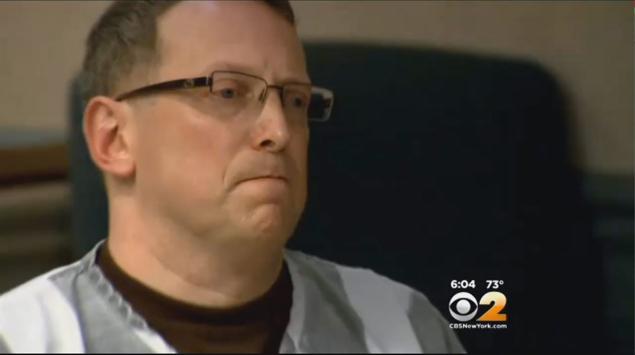 NEWTON, NJ — A man has confessed to stabbing a police officer to death; sounds pretty bad doesn’t it? Even IF you consider the surge in police murders/brutality cases in recent years.

But there’s more to it than meets the eye. Once the more…. sordid…. details were brought to light, many citizens are hailing this man as a hero. (And no, it wasn’t because this officer <tasered to death/shot/strangled/punched/permanently disfigured/ burned alive> his <black friend/pregnant wife/5-year-old niece/grandmother/baby>. No, this one we’ll count as <horrifically miscellaneous>).

It was apparently so heinous, those in the courtroom itself erupted in cheers of adulation and applause when Clark Fredericks described the circumstances that led him to stab the officer to death…

According to him, Officer Pegg had brutally raped Clark when Clark was just a young boy, unable to defend himself.  From the age of 8 to 12, the officer is believed to have raped Clark multiple times. The officer then threatened to kill Clark if word got out, torturing animals in order to prove his point, promising that if Clark ever told anybody about how the Officer raped him then he would receive the exact same fate.

The officer also showed Clark sexually explicit photos of young children that he had taken.

“In the end, I slit his throat,” Clark confessed, pleading guilty to a charge of murder.

Emotional silence fell over the courtroom as he went into details about the rape and abuse.

Investigators later searched the computers that Officer Pegg left behind after his death, and indeed they found child pornography saved onto the Officer’s computers, confirming what Clark had said.

Now that he’s confessed to killing the man who is believed to have raped him, Clark may still receive a sentence and end up locked behind bars, being guarded by other officers for years to come. Some say that he should be released, saying that what he did was noble and courageous- and unfortunately, had he gone to the police, chances are pretty good that they would have ignored his pleas. The rapist might have escaped, or worse, struck first.

Did he do what had to be done? Or was he wrong to take the law into his own hands, serving as judge, jury and executioner?