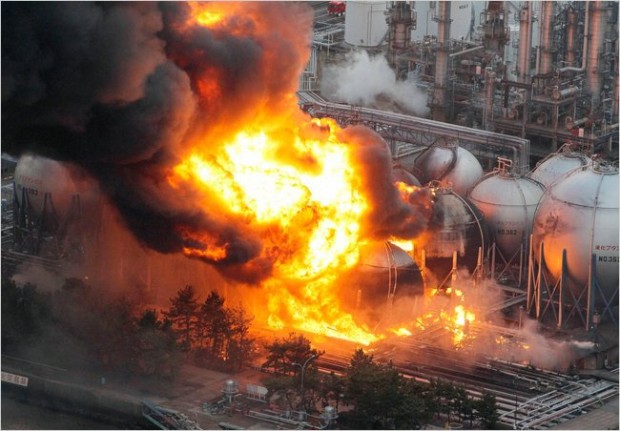 On 11th March 2011, the Fukushima Daiichi nuclear disaster was reported by the Japanese government. The disaster was precisely at the Fukushima I Nuclear Power Plant but later resulted in a nuclear meltdown of three of the plant’s six nuclear reactors.

The disaster was triggered by a tsunami created by a 9.0 magnitude earthquake. The following day after the disaster, substantial amounts of radioactive material began to be released. It created the largest nuclear incident since the Chernobyl disaster in April 1986 and the largest (after Chernobyl) to measure Level 7 on the International Nuclear Event Scale, releasing an estimated 10–30% of its radiation. This resulted in the evacuation of Fukushima‘s 15,500 residents. The town thereafter became a ghost town, as it was completely abandoned.

But in a documentary released by Vice, we see that not everybody had left Fukushima as was initially thought. One man remained. And the reason he remained behind will shock you.

Naoto Matsumura, a farmer, stayed in Fukushima to feed the abandoned animals. When Fukushima’s residents left the town, they left most of their belongings behind, including their animals which they thought were not very important.

Taking a great risk to his health, Matsumura had initially left, but returned to the town because he wanted to feed the dogs, and then leave the town for good and find his way back to safety. But knowing that Fukushima‘s residents would probably never return to care for their pets, he couldn’t stand the thought of leaving them to die. He began feeding the town’s animals everyday, looking after cows, cats, horses and even ostriches in addition to the dogs.

Matsumura, who turned 56 years this month, told Vice in the documentary that the silence was the most difficult thing he had struggled to get used to when he first began his work. He said it was a total chaos when he first discovered that the animals had been left behind.

“They couldn’t stand the wait, so they’d all gather around barking up a storm as soon as they heard my truck. Everywhere I went there was always barking. Like ‘we’re thirsty’ or ‘we don’t have any food’ so I just kept making the rounds”, he said.

Despite the bad atmosphere, clear danger, and the warning upon warning by the Japanese government, Matsumura lives in a small town some seven miles from the hazardous nuclear reactor, unnoticed by officials. Currently, he has developed a strong bond with the animals and has even reared their young in the four years that have passed since Fukushima became a ghost town.

The documentary producers are appealing for funds to help Matsumura continue his compassionate work towards the animals. If you are interested in helping him, follow his Facebook page to support him here: www.facebook.com/pages/Naoto-Matsumura-Guardian-of-Fukushimas-Animals/182452015189991?sk=timeline