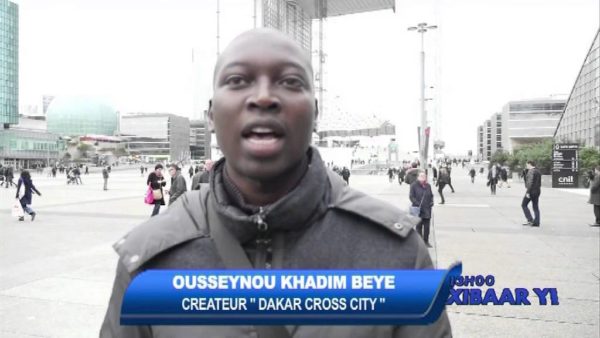 A man in Senegal, West Africa, has creatively developed a new video game that is aimed at campaigning against child abuse in Islamic schools across the country.

Although the constitution of Senegal states that it is a secular country, Islam is the predominant religion in the country. Islam is practiced by approximately 94% of the country’s population. Especially in the capital Dakar, Islamic schools known as Koranic teaching centres, are very common in the city. Due to extreme poverty and suffering facing many parents, they cannot afford to cater for their children.

The hardship compels some parents in Senegal –  and neighboring countries –  to send their children to the Koranic schools, hoping the children will get food, shelter and moral teachings from the schools. Although many of the Koranic schools are funded by Islamic charity organizations in the Islamic World, there still remains some funding gap; the schools cannot cater for the huge number of students they have.

Teachers in the schools have therefore capitalized on this problem by abusing the children.  Many children in the schools are forced by the teachers to go on the street of Dakar to do menial jobs, bringing in money for the school to continue running.

The children are expected by the schools to bring an amount of 2,000 CFA francs ($3) per day. Those who fail are whipped with rope or hard wood. Some sustain serious injuries and are left on their own to treat the wounds. Human Rights Watch reports that more than 50,000 children in Senegal suffer this cruel ordeal from the teachers in the Koranic schools.

According to Voice of America, Senegal passed a law in 2005 aimed at stopping the abuse of the children in these schools, but only a few teachers have since been prosecuted. The majority of the teachers perpetrating these heinous crimes against the vulnerable children, are left unpunished.

It is against this backdrop that Ousseynou Khadim Bèye has created a video game called Cross Dakar City, to raise awareness of how the Koranic schools are increasingly becoming a threat to the children they should be protecting. Bèye studied software engineering in Dakar and was sponsored by an energy firm in France to create the game. The game features a fictional character called Mamadou. Barefooted and holding a bucket under his arm, he begs for alms, while trying to dodge taxis and buses on the chaotic streets of Dakar. Amongst his chaos he also searches for his parents in the hope of going home.

Bèye told the Thomson Reuters Foundation in an interview “I wanted to highlight the dangers facing the children. They face beatings, kidnappings and sexual abuse. They also live in terrible conditions, lack access to electricity or water, and have very little food. For as long as I can recall, these kids have been on the streets. Governments come and go, but the problem still exists.”

Since the game was released in May 2015, Cross Dakar City has been downloaded more than 50,000 times by mobile users and users with other devices.

Bèye said he is hoping that the game will foster fresh debate amongst politicians and the public, and highlight the abuse in Koranic schools across Senegal. Currently, Bèye is focusing on how to make a 3-D version of the game, as well as creating other mobile games about cultural and social issues in Africa.

Many rights groups have commended Bèye, a Muslim, for taking such an initiative to campaign against the ills of his own people.

This article (Man Releases Video Game in Senegal to Campaign Against Child Abuse in Islamic Schools) is a free and open source. You have permission to republish this article under a Creative Commons license with attribution to the author and AnonHQ.com